Along with the visits by the RAAF Challenger 604 bizjet, another nice pair of bizjets were spotted calling into Maryborough Airport over the latter part of this week.  On Thursday 7 May, Jetstream Aviation's (Emprja P/L) bright and colourful Cessna 550 Citation II bizjet VH-VDF flew North from the Sunshine Coast and looked to conduct some airwork around Maryborough before landing at the Airport for a brief time. 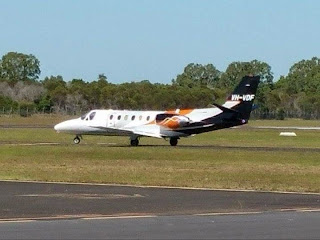 It later departed back to the Sunny Coast.

Meanwhile, on Friday 8 May, a familiar visitor this week to CQ in the form of Edwards Coaches Cessna 525 Citation CJ1 bizjet VH-KXL was spotted after it flew into Maryborough from Armidale and Tamworth. 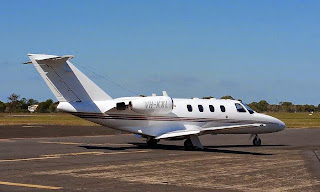 It later departed back to Armidale.

On the lighter side of the General Aviation (GA) movements noted at Maryborough Airport, David G from Maryborough Aviation Services captured some nice photos this week of Hervey Bay-based Seabird Aviation SB7L-360A Seeker VH-SUA as it completed its annual service in Maryborough. 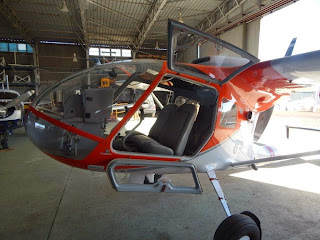 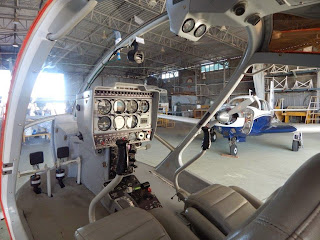 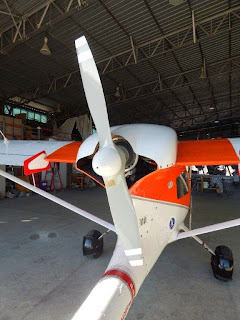 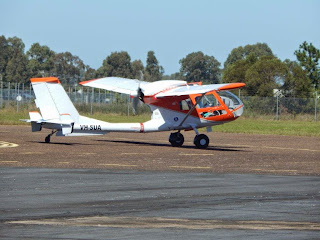 David reports that this aircraft and another will be disassembled and sent to the USA for trials and demonstration flights.

Finally, a couple more interesting light GA aircraft to call into Maryborough Airport this week included Australian Aerial Surveys Piper PA-31-350 VH-HJK, which called into Maryborough direct from Bankstown on Friday 8 May.  The Navajo reportedly flys medical missions predominately in New South Wales, and was noted using the flight number of "MDA246".  It departed to the Sunshine Coast.

Also, Flight Options Australia (Aeromil Pacific) Cessna 172 VH-KTR which popped in on Friday 8 May from the Sunshine Coast, while as mentioned below, the Rockhampton Aero Club has flown Beech 58 Baron VH-KCN into Maryborough from and back to Rocky most days this week.

Finally, last Friday 1 May, Hawker Beechcraft 350i Super King Air N841KA was noted conducting airwork around Maryborough while on a flight that started and finished at Brisbane.