A couple of great days for bizjet spotters at Hamilton Island Airport was capped off by the arrival of TAG Aviation (Asia) Bombardier Global 6000 VP-CYA on Monday 25 May.  It arrived from Melbourne (Tullamarine) Airport. 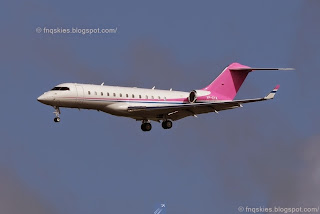 On Tuesday 26 May, VP-CYA departed to Cairns - where it was captured arriving by the FNQ Skies Blog. 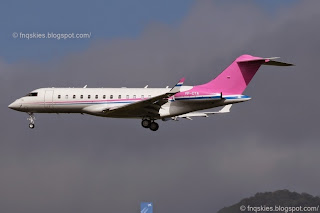 From Cairns, it departed overseas to Hong Kong.

Finally, at the time of writing, Skypac Aviation Cessna 510 Citation Mustang bizjet VH-NEQ is due to depart Hamo on Wednesday 27 May for the Gold Coast and Cessnock.

All photos taken by the FNQ Skies Blog  ©
Posted by Damian F at 8:08 PM