Monday 4 May turned out to be another very busy day at Rockhampton Airport with more bizjets and light General Aviation (GA) aircraft calling in, all presumably bringing in passengers to attend "Beef Week" - Beef Australia 2015 - which will be held from this week at Rockhampton to celebrate all facets of the Australian beef industry. 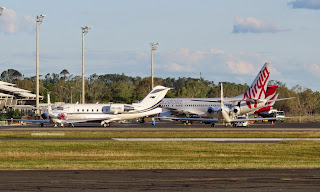 After arriving on Sunday 3 May, Execujet Australia Canadair CL600-2B16 (CL-604) Challenger 604 bizjet VH-VRE remained parked on the Northern end of the Rocky Airport apron and was captured by local plane spotter 'IAD' late on Monday. 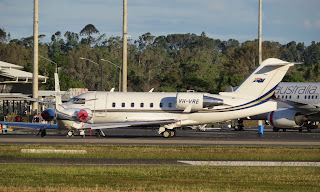 Another bizjet to touch down at Rockhampton Airport on Monday 4 May was Yulgibar Pastoral Company (of Montmorency, Victoria) Cessna 550 Citation Bravo VH-FGK. 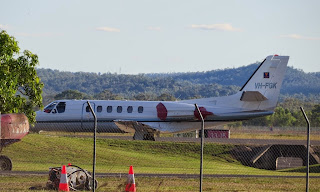 It touched down from Melbourne (Moorabbin) and Canberra. 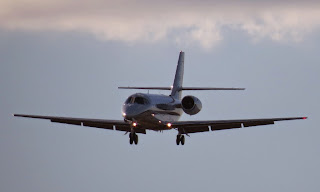 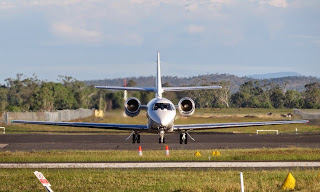 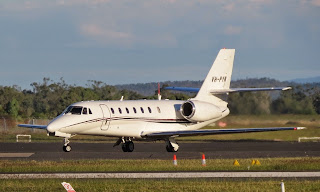 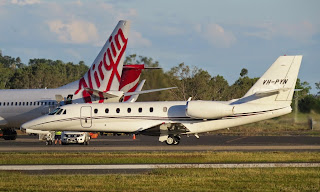 It is likely that the sleek Citation arrived from Archerfield where I believe it is based.

Of the light GA aircraft to call into Rockhampton Airport on Monday 4 May, Gold Coast-based Hawker Beechcraft B300 VH-OXF was noted visiting again, while brightly coloured Piper PA-31-350 Navajo VH-SIK was captured after arriving earlier on Monday. 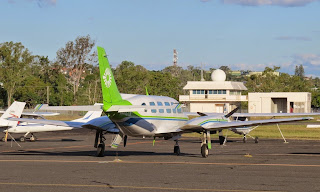 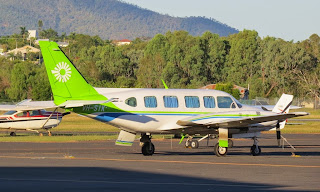 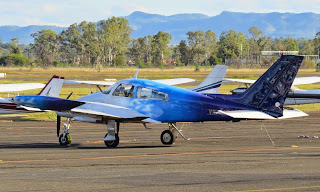 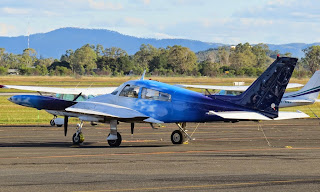 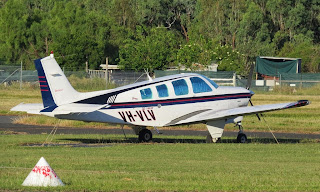 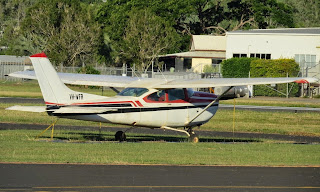 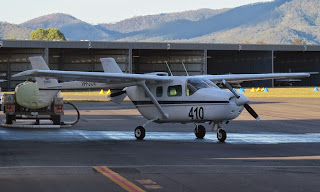 Some really great visitors to Rockhampton Airport this week - especially the most welcome visitors from inter-state - and we thank 'IAD' sincerely for capturing and sharing with us some of the action!