As we mentioned below, Gladstone Airport has played host to a few interesting arrivals this week, and fortunately for us, local plane spotters Jamie and Tash have been on hand to capture most of the action! 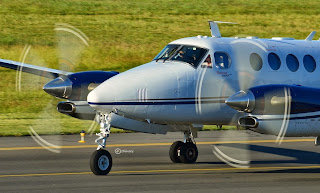 For the second time in less than a month, AirServices Australia / Aero Pearl-operated Hawker Beechcraft B300 Super King Air VH-FIZ is back in Gladstone and this week, it has been noted conducting daily flights to test and calibrate navigation aids (and perhaps the Instrument Landing System) at and around Gladstone Airport. 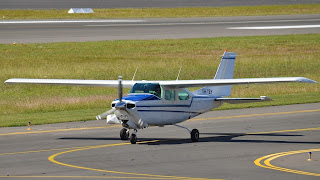 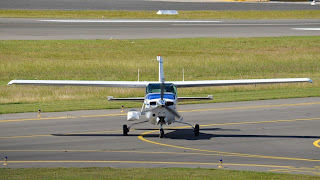 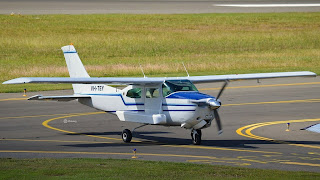 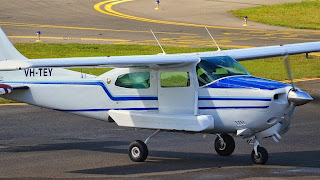 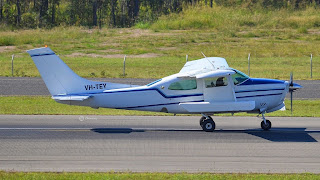 VH-TEY initially arrived from the Gold Coast last Sunday 3 May and has since operated out of Gladstone, Mackay and Cairns during the week.  It is pictured below departing Gladstone for the Gold Coast on Thursday 7 May. 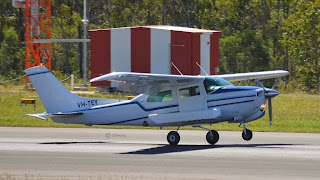 Also on Thursday 7 May, McDermott Aviation Group / Machjet International Aerospatiale AS.355F1 Squirrel VH-HRU made a brief stop at Gladstone for fuel.  Its exact movements are not known. 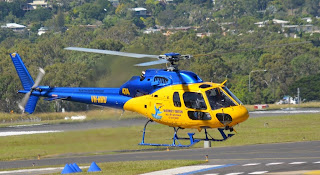 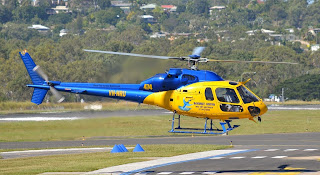 Of interest, the chopper wears "Rural Fire Service Queensland" titles along the upper section of the tail boom. 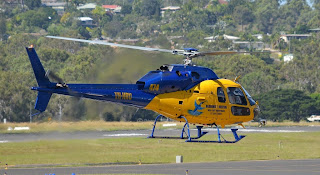 Again, the movements of VH-UAL are not known, however it did call in for fuel and looked to depart towards to the South.

Sincere thanks to Jamie and Tash for their great coverage from Gladstone Airport this week!