After finishing its flying day in Townsville the previous day, Royal Australian Air Force (RAAF) Boeing B737-7DT(BBJ) A36-001 was spotted calling into both Mackay and Rockhampton Airports on the continuation of its training flight on Thursday 14 May. 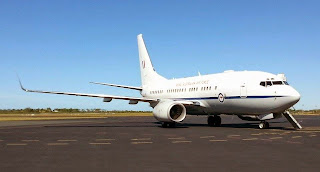 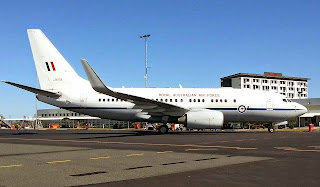 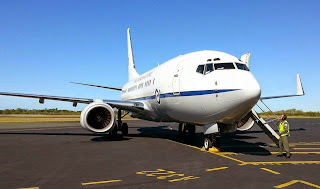 After initially calling into Mackay, A36-001 then called into Rockhampton where local plane spotter 'IAD' captured a couple of photos of it sitting on the Northern end of the Rocky Airport apron. 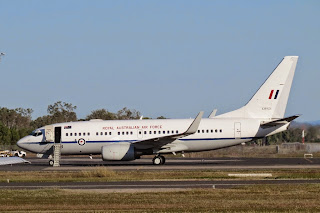 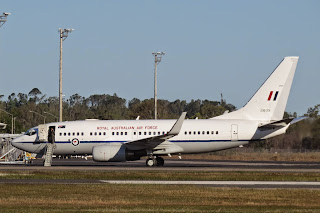 In the early evening, the BBJ departed Rockhampton for the Gold Coast and later, Canberra.

Thanks to the local plane spotters for their great photos of A36-001 captured in Central Queensland over the last couple of days.