Along with the lovely RAAF C-17 Globemaster, Rockhampton Airport also played host to several light General Aviation (GA) aircraft and a couple of bizjets on Sunday 3 May. 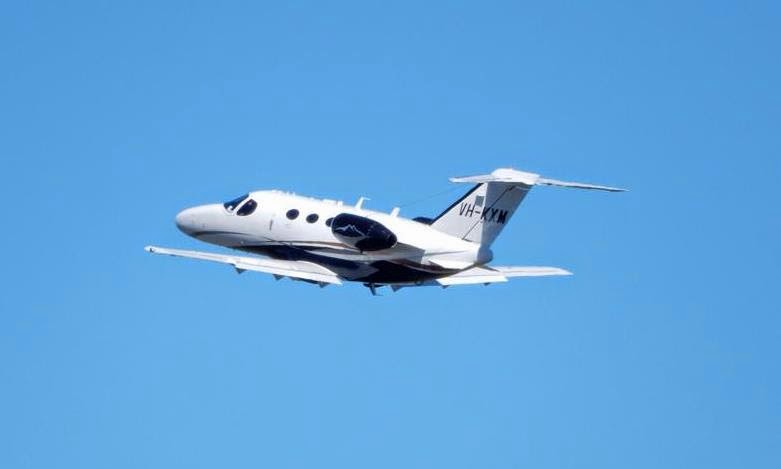 As the sun went down, Execujet Australia Canadair CL600-2B16 (CL-604) Challenger 604 bizjet VH-VRE touched down at Rockhampton from Perth and stayed the night. 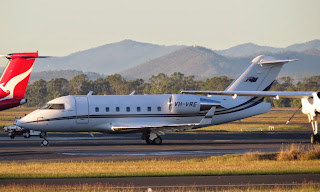 Local plane spotter 'IAD' captured VH-VRE resting on the Northern end of the Rocky Airport apron early on Monday 4 May.

I presume that VH-KXM and VH-VRE brought in passengers to attend "Beef Week" - Beef Australia 2015 - which will be held from this week at Rockhampton to celebrate all facets of the Australian beef industry.

I also presume that the following light General Aviation (GA) movements into Rocky on Sunday 3 May are also bringing people to town to attend Beef Week.

Cessna 310N VH-KOM was also spotted on the ground early on Monday after calling in from Glen Innes during the weekend. 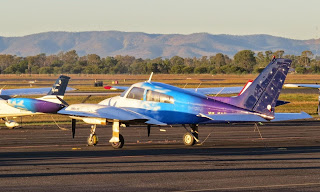 A couple of Super King Airs were also noted calling into Rockhampton on Sunday 3 May with Gold Coast-based Hawker Beechcraft B300 VH-OXF and Coastwings / Sutherland Aviation Raytheon B300 VH-WXC both believed to have come and gone.

Finally, some other lighties to be noted passing through Rockhampton on Sunday 3 May included Skydive Oz Cessna 182 VH-OZP returning from a weekend of skydiving at Emu Park, locally-based Atlass Aviation Vulcanair (Partenavia) P.68C VH-CFT flew to Dalby and back, while finally, Hawker Beechcraft G58 Baron VH-EZD called in briefly from Hamilton Island before departing to Monto.

Stay tuned to the CQ Plane Spotting Blog for more updates and photos of visiting aircraft at Rockhampton Airport for Beef Week!