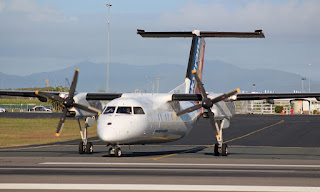 After unfortunately closing up and ceasing operations at the start of this year, a 'new' Skytrans has returned to the skies of North Queensland after a rescue buy-out by aviation entrepreneur Peter Collings and NRL great Johnathon Thurston. 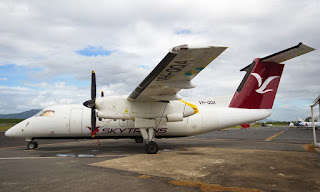 The duo who own Collings Airline Holdings, have teamed up to resurrect permanent services and return confidence to the people living and travelling to the Cape York regions.  Operations under the Skytrans AOC commenced on Monday 31 March.

Skytrans Dash-8-100 VH-QQI - which only re-entered service with the airline this week after a period of storage - called into Mackay Airport empty from Cairns as SKP204 early on Sunday 31 May. 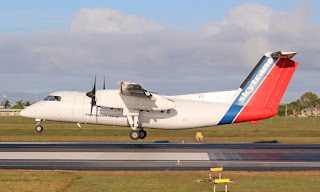 It then departed back to Cairns as SKP205. 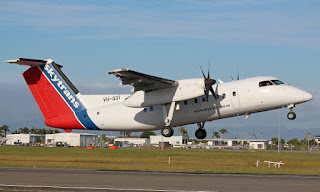 VH-QQI then returned to Mackay from Cairns and Townsville later on Sunday 31 May as SKP206.  It then ferried back to Cairns as SKP207.