A nice afternoon of movements were captured by local plane spotter 'IAD' at Rockhampton Airport on Monday 25 May with the star arrival being the recently delivered Cessna 525 Citation M2 bizjet VH-WMY of Mitchell Water Australia touching down from Melbourne (Moorabbin). 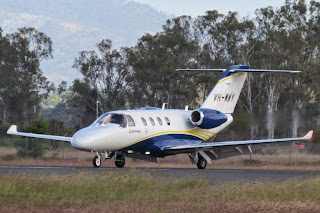 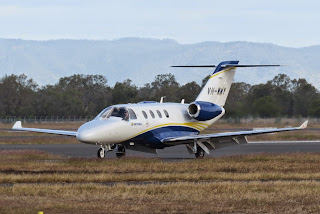 After collecting a couple of passengers, VH-WMY departed to Brisbane. 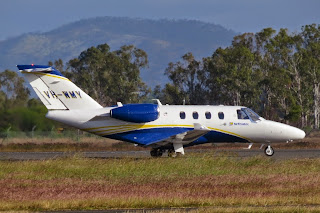 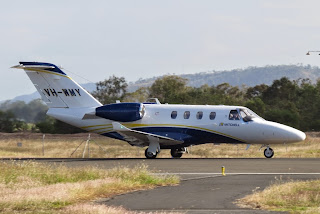 Another bizjet visiting Rocky on Monday that also departed to Brisbane was the Queensland Government Airwing (State of Queensland) Raytheon Hawker 850XP VH-SGY. 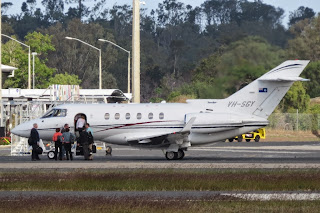 VH-SGY had arrived on Sunday 24 May - as shown in the Blog post below - and brought members of the Queensland State Cabinet to Rockhampton for a Community Cabinet meeting. 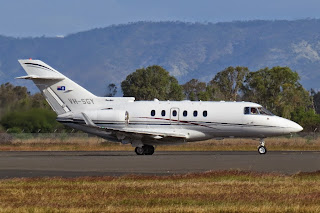 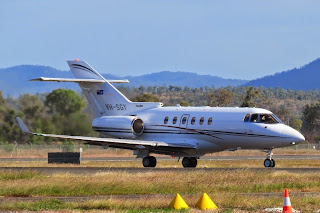 A familiar corporate turbo-prop that was captured making a visit to Rockhampton Airport on Monday 25 May was Toowoomba-based Vanderfield Pilatus PC-12/47 VH-WPH.  It arrived from Toowoomba and later departed to Mackay. 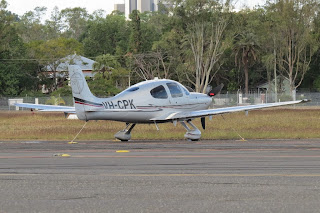 Finally, a few helicopters were captured by 'IAD' at Rockhampton Airport on Monday 25 May including the familiar sight of Theodore-based Stirling Helicopters (Stirling Consolidated) Bell 206B (II) VH-JAQ. 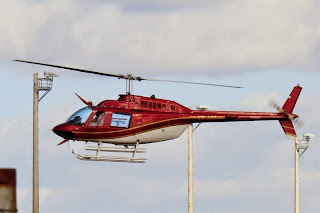 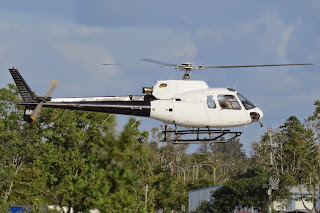 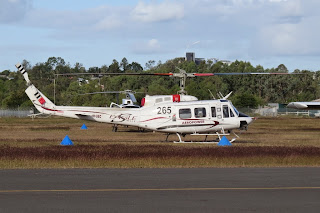 Finally, Nautilus Aviation Bell 206L-4 VH-NAU passed through Rockhampton.  It's exact movements are unclear however it appears that VH-NAU was heading South originally from its Townsville base. 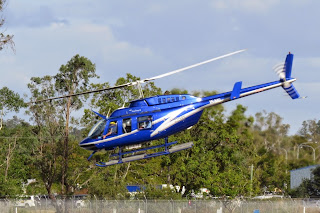 Sincere thanks to 'IAD' for capturing these great photos from a great afternoon of plane spotting!