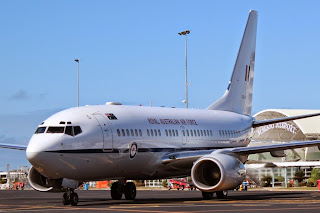 In fact, it was a busy day for both Royal Australian Air Force (RAAF) Boeing B737-700(BBJ) VIP transport aircraft on Monday 18 May, with both A36-001 and A36-002 spotted calling into various Central Queensland Airports. 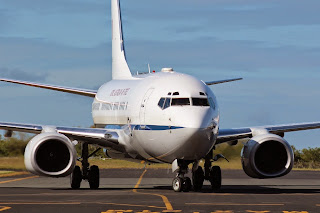 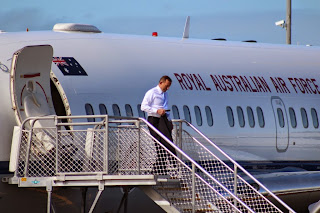 Local plane spotters were on hand at both Mackay and Gladstone Airports to capture some great photos as A36-001 called in to both ports - with the BBJ heard to be using the radio callsign of "Consort 73". 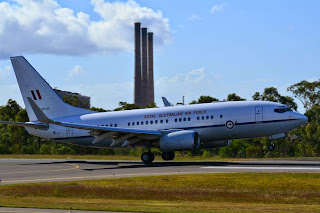 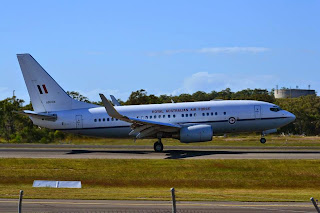 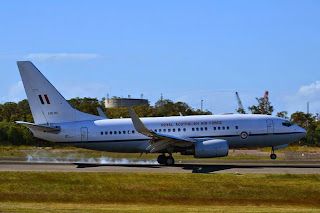 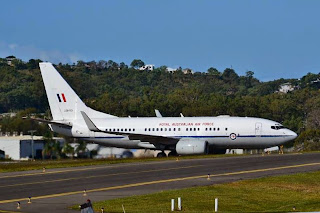 It initially called into Mackay from Townsville before departing to Gladstone and then later Sydney and Canberra.

Sincere thanks to 'AC' and Anthony Schulz for allowing us to share these great photos!