Local plane spotters Jamie and Tash have sent through some great photos of some great commercial and General Aviation action at Gladstone Airport on Friday 15 May. 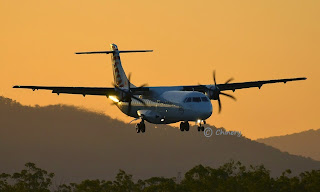 They captured some great photos of Virgin Australia Regional Airlines (VARA) ATR 72s VH-FVI and VH-FVU which were both operating scheduled services into Gladstone from and then back to Brisbane. 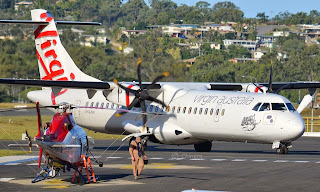 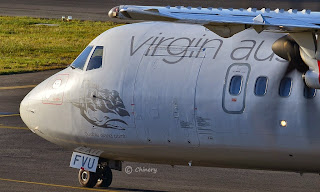 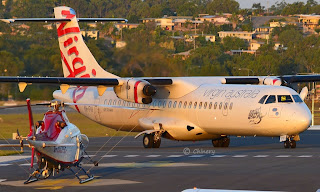 Over the last few days, VH-LQL has graced most CQ Airports including Moranbah, Emerald, Barcaldine, Longreach and Rockhampton.

Meanwhile, a nice pair of Austrek Aviation corporate King Air turboprop aircraft were also spotted by Jamie and Tash calling into Gladstone Airport on Friday 15 May.   Raytheon B300 Super King Air VH-JEA called into Gladstone from Townsville.  It later departed to Archerfield and then Toowoomba. 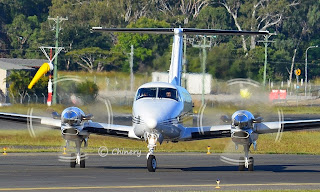 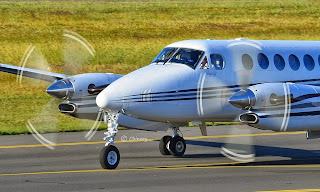 Former Wagners Development Company Hawker Beechcraft B300 Super King Air VH-WJW - which has recently been re-registered to Sydney-based Aero Charter but operated by Austrek Aviation - also called into Gladstone but directly from Toowoomba.  It too departed to Archerfield and then Toowoomba. 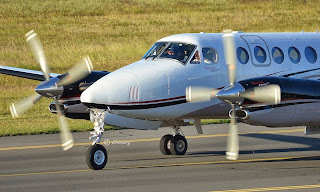 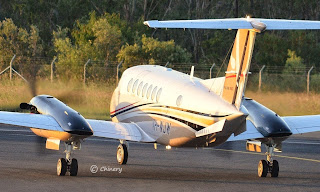 Finally, a couple of other notable visitors to Gladstone Airport on Friday 15 May included Edwards Coaches Cessna 525 Citation CJ1 bizjet VH-KXL which arrived into the industrial very late on Thursday 14 May from Armidale and Canberra.  It departed back to its Armidale base in the wee small hours of Friday.  While also arriving on Thursday and departing Friday was JHA Property Development Group Partenavia P.68B VH-CCR.

Sincere thanks to Jamie and Tash for capturing and sending through these great photos!