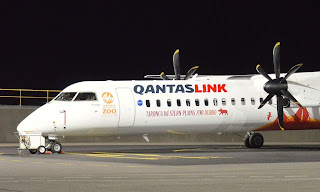 Local plane spotters Jamie and Tash were on hand as VH-LQL touched down at Gladstone Airport late on Tuesday as QLK2346.  It was subsequently parked up for the night and was due to depart early on Wednesday 13 May back to Brisbane as QLK2331. 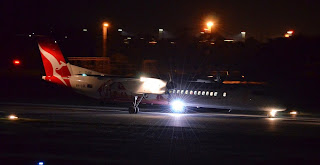 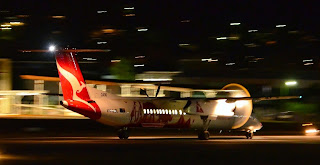 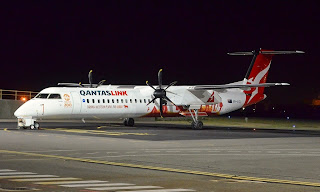 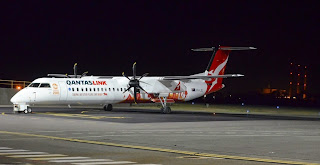 Early indications suggest that VH-LQL will then head to Rockhampton later in the morning.

Of interest, fellow QantasLink Dash-8-Q400 VH-QOW previously wore a colour scheme promoting the Taronga Western Plains Zoo at Dubbo, but it has since been repainted in the standard Qantas livery.

A massive thanks to Jamie and Tash for sending through these stunning photos of a really pretty aircraft!