And A Few Helicopters Photographed Also Calling into Gladstone Airport

As well the interesting RPT and turboprop movements that were spotted - see Blog post below - local plane spotters Jamie and Tash have also enjoying capturing some great photos of some nice helicopter visitors to call into Gladstone Airport over the last couple of days. 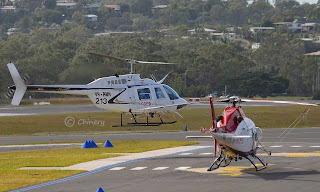 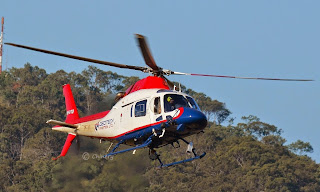 Aeropower Eurocopter AS.350B2 Squirrel helicopter VH-SHD also called in on Friday 15 May.  It has since been noted to be operating out of Townsville over the weekend. 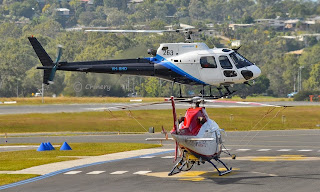 On Saturday 16 May, Australian Helicopters Bell 412EP VH-PXY was captured by Jamie and Tash arriving from Redcliffe.  After taking on fuel, it departed to Emerald and then Longreach where it overnighted.  It has since moved on to Mount Isa and Century Mine. 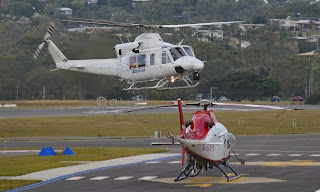 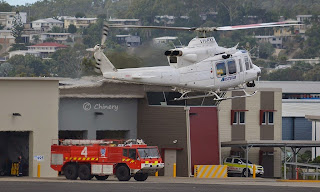 And finally, R & M Helicopters / Pays Helicopters of Scone in New South Wales Bell 206B VH-RMH also called into Gladstone Airport on Monday 18 May.  It too has been noted further North in the state, arriving into Cairns late on Monday.

Some great rotary visitors to Gladstone - and some great photos too from Jamie and Tash!  Thanks guys!