After arriving in Australia from overseas in late March - via Emerald - Cessna Aircraft Corp Cessna 208B/EX Caravan N588EX passed through Gladstone Airport over the weekend on what looked to be a flight out of Australia. 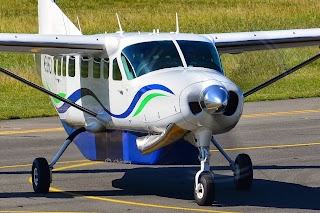 It has been parked at Bankstown since returning to Australia from a tour of New Zealand in late April.

After staying for the night, N588EX departed Gladstone early on Sunday 10 May for Mount Isa and Darwin. 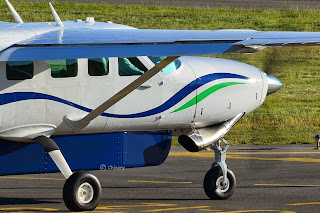 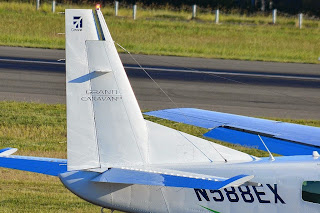 On Monday 11 May, it was scheduled to depart overseas to Kupang in Indonesia.

With the Cessna TTx demonstrator calling into Rockhampton over the weekend as well, it was great to see a nice pair of new Cessna aircraft visiting CQ over the same weekend!