A pair of Pilatus PC-9/A's of  the Royal Australian Air Force (RAAF) elite formation aerobatic display team - The Roulettes - have touched down at Gladstone Airport late on Friday 22 May. 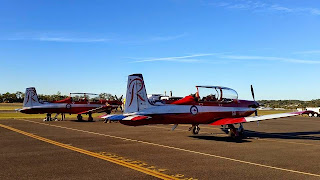 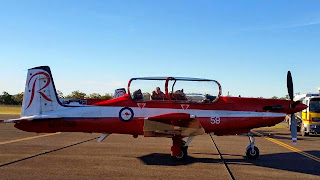 Identified as A23-058 and A23-061, the two little PC-9s touched down after a busy day of flying where they were seen overflying Maryborough - where one of the pilots is originally from - and later the Old Station farm at Raglan where one of the aircraft is expected to perform a solo routine in the skies over the Old Station Fly-in on both Saturday 23 May and Sunday 24 May. 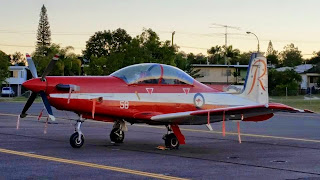 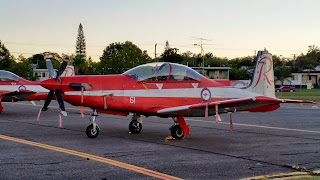 I'm told the PC-9s will not be landing at Old Station and instead be 'based' at Gladstone Airport for the next three nights. 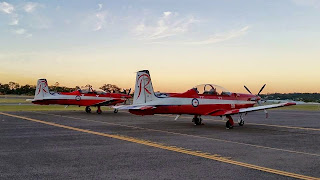 The PC-9s were heard to be using the unique radio callsign of "Spitfire" as they flew together to Gladstone.

The flying displays at the Old Station Fly-in are scheduled to commence at 3pm on Saturday and then 10am on the Sunday morning.  I'm really looking forward to the weekend!