And they still keep coming - despite the early morning fog!  Board member and Newsletter Editor of the Rockhampton Aero Club (RAC) Paul T has again sent through some lovely photos from Rocky Airport on Wednesday 6 May with yet more light General Aviation (GA) and bizjet aircraft arriving and departing at Rockhampton Airport presumably bringing passengers to attend "Beef Week" - Beef Australia 2015 - which will be held from this week at Rockhampton to celebrate all facets of the Australian beef industry.

And perhaps the nicest visitor was Air South (AE Charter Services) of South Australia Beech 1900D VH-YBH.  VH-YBH had a delayed arrival into Rocky from the Brisbane West Wellcamp Airport with a thick layer of fog blanketing the beef capital early in the morning forcing the Beech to land at Gladstone for a brief period of time. 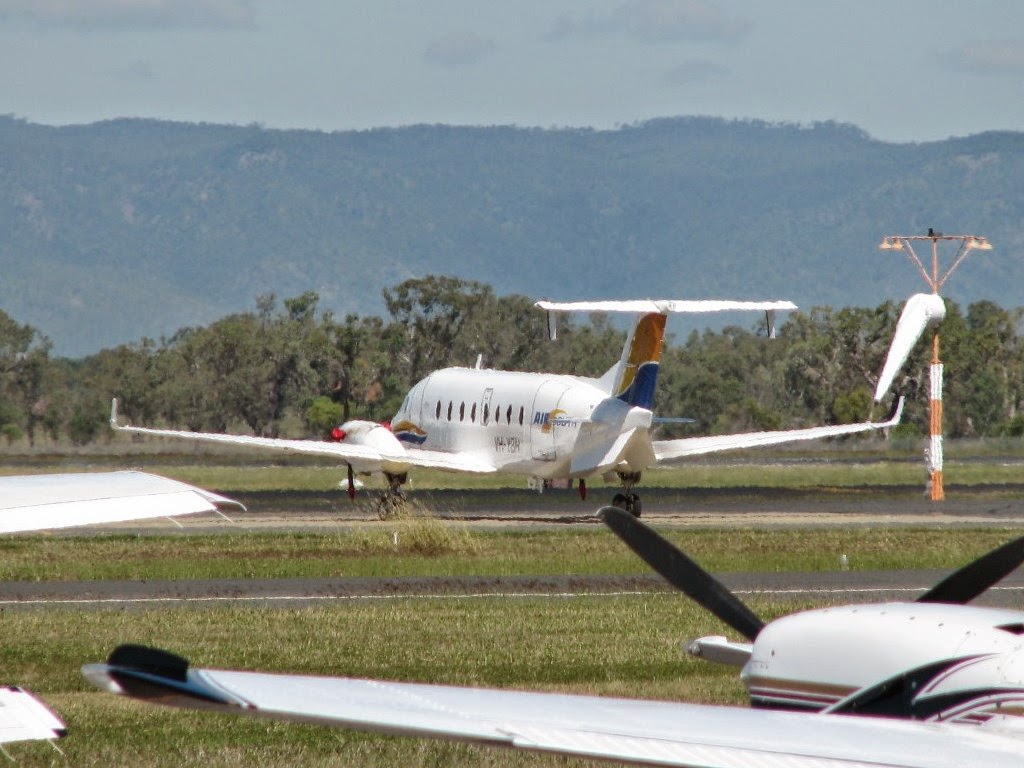 VH-YBH departed back to Wellcamp later in the evening on Wednesday.

The Queensland Government (State of Queensland) Raytheon B300 Super King Air VH-SGQ was also planned to come to Rocky and was also forced to land at Gladstone early in the morning.  However, VH-SGQ was later noted departing Gladstone and returning to Brisbane. 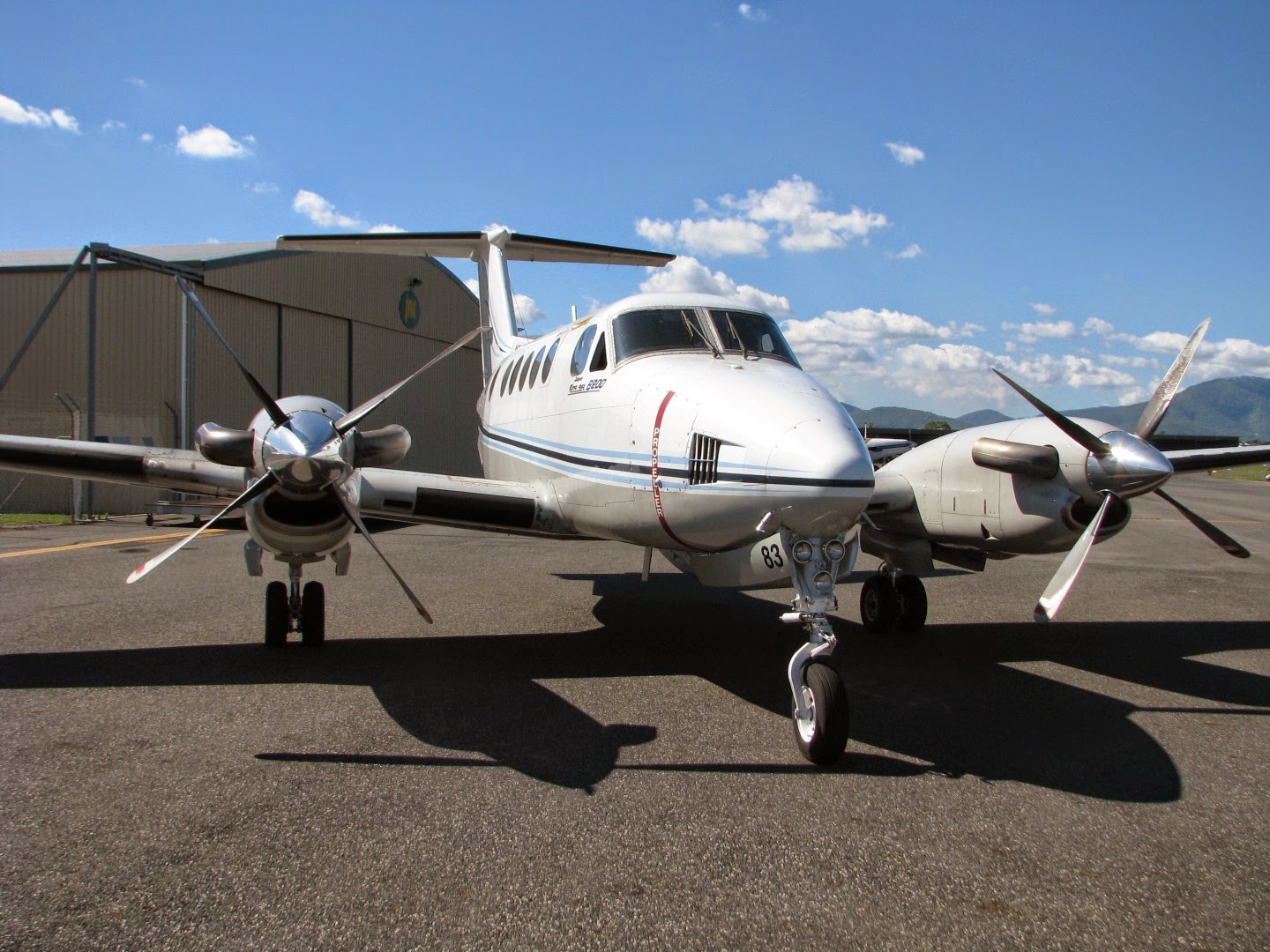 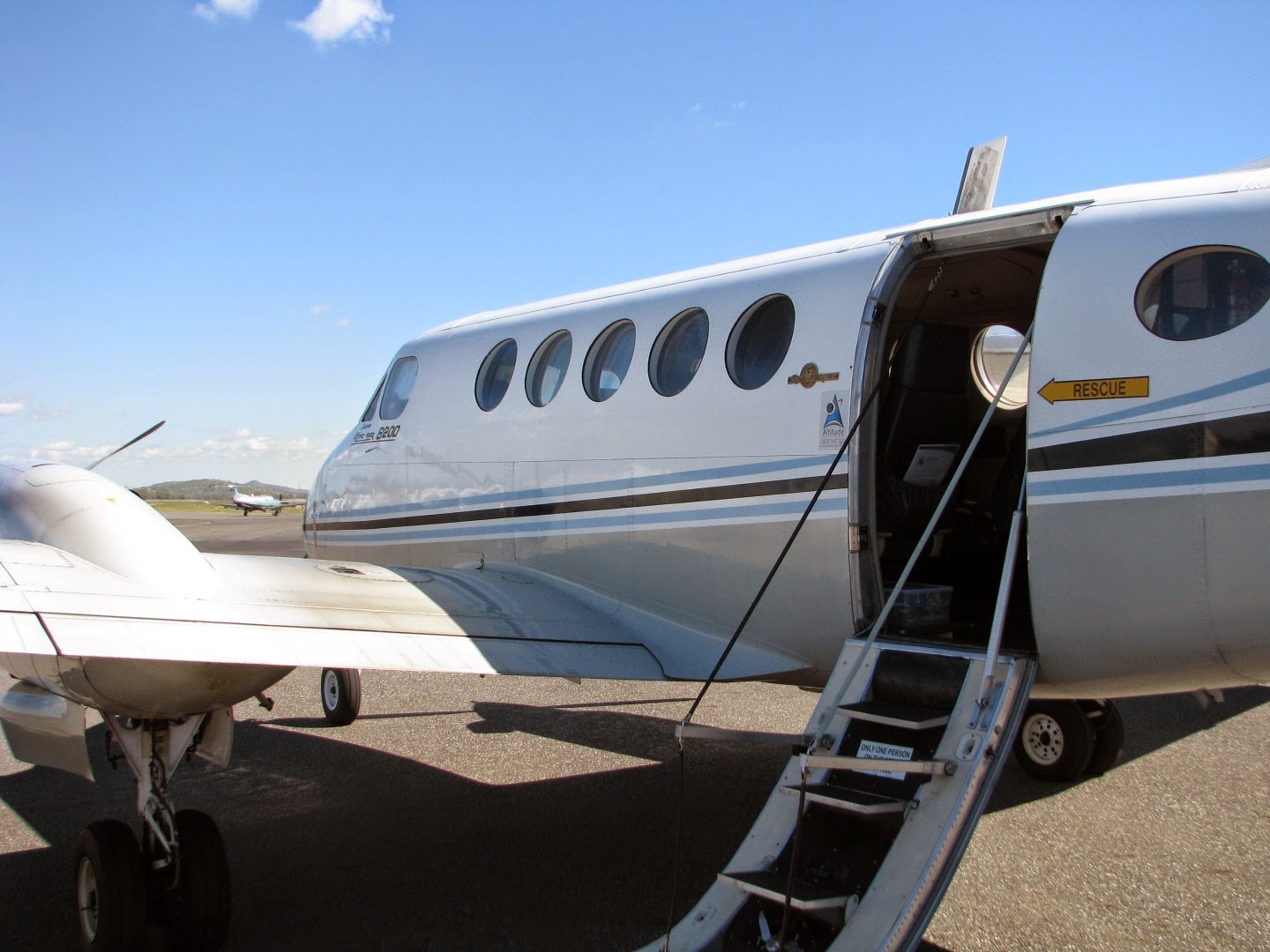 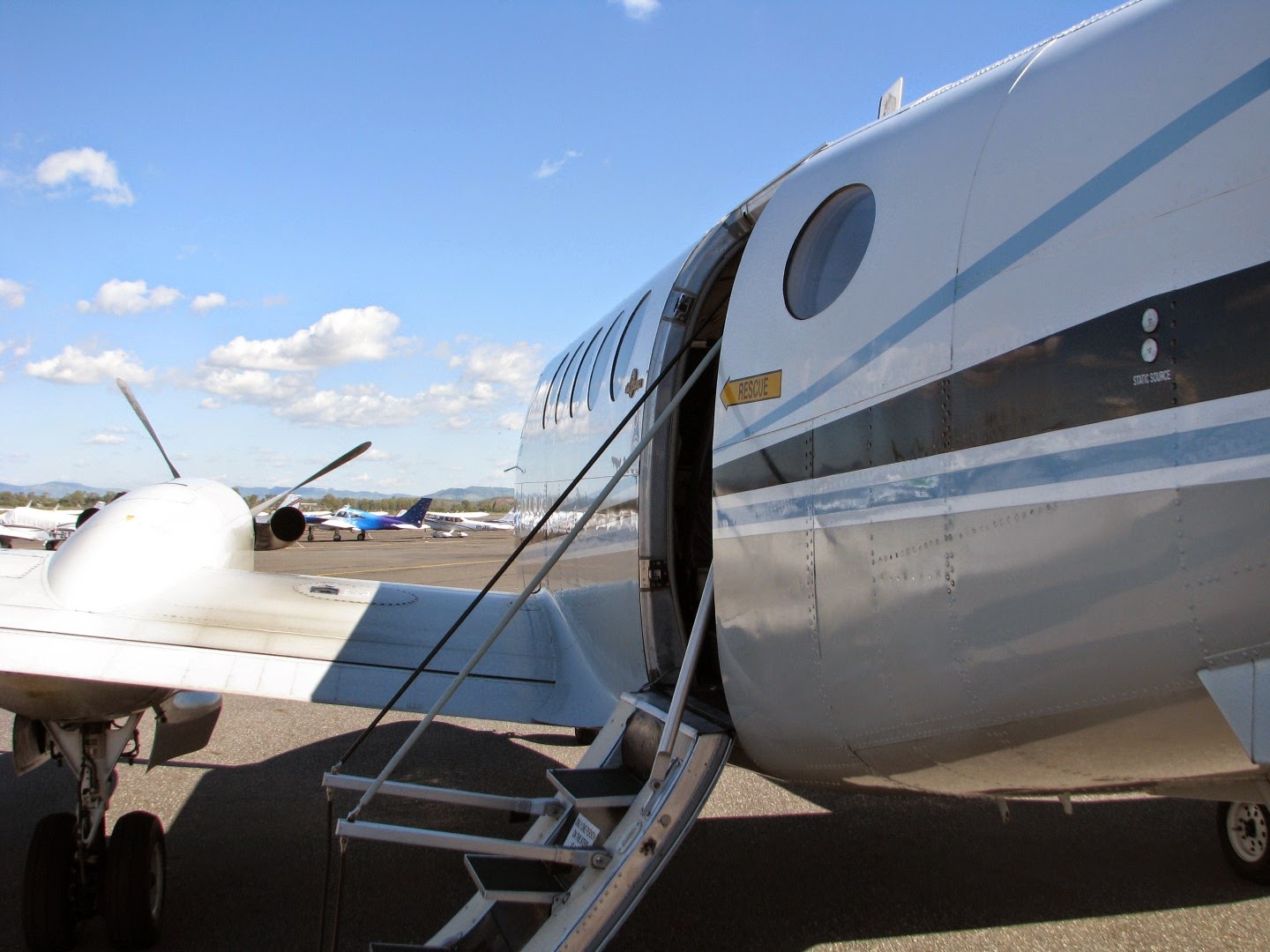 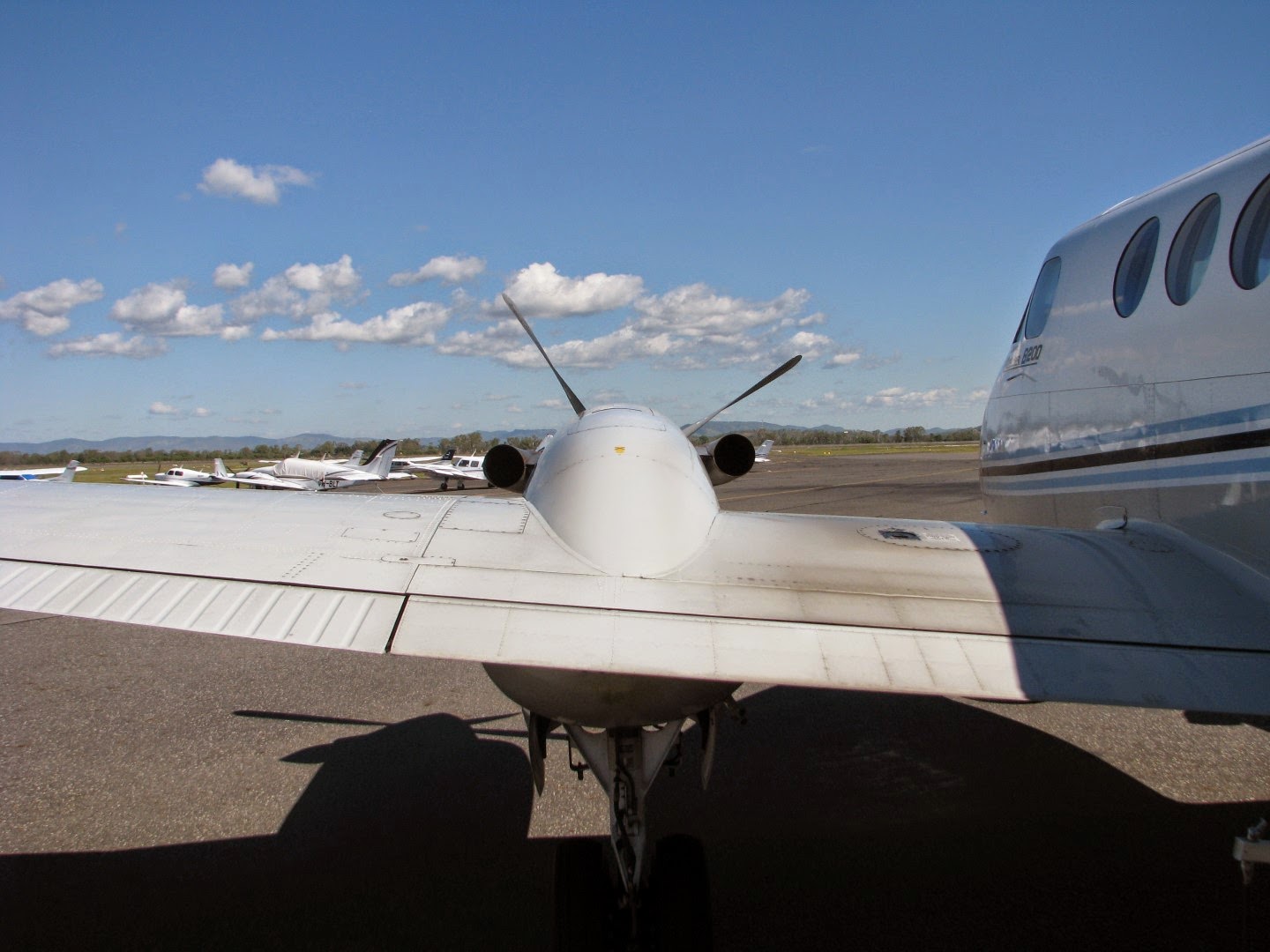 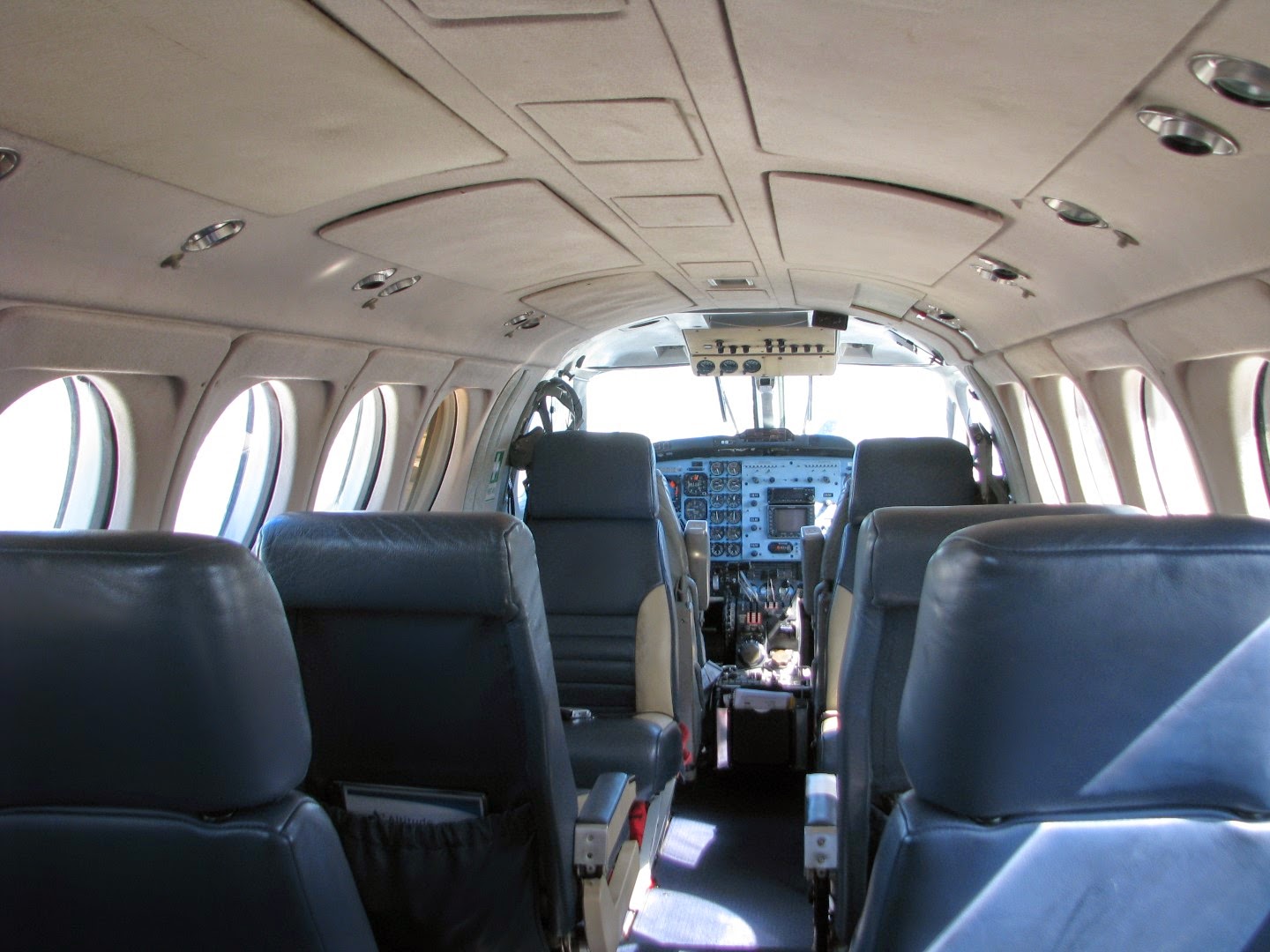 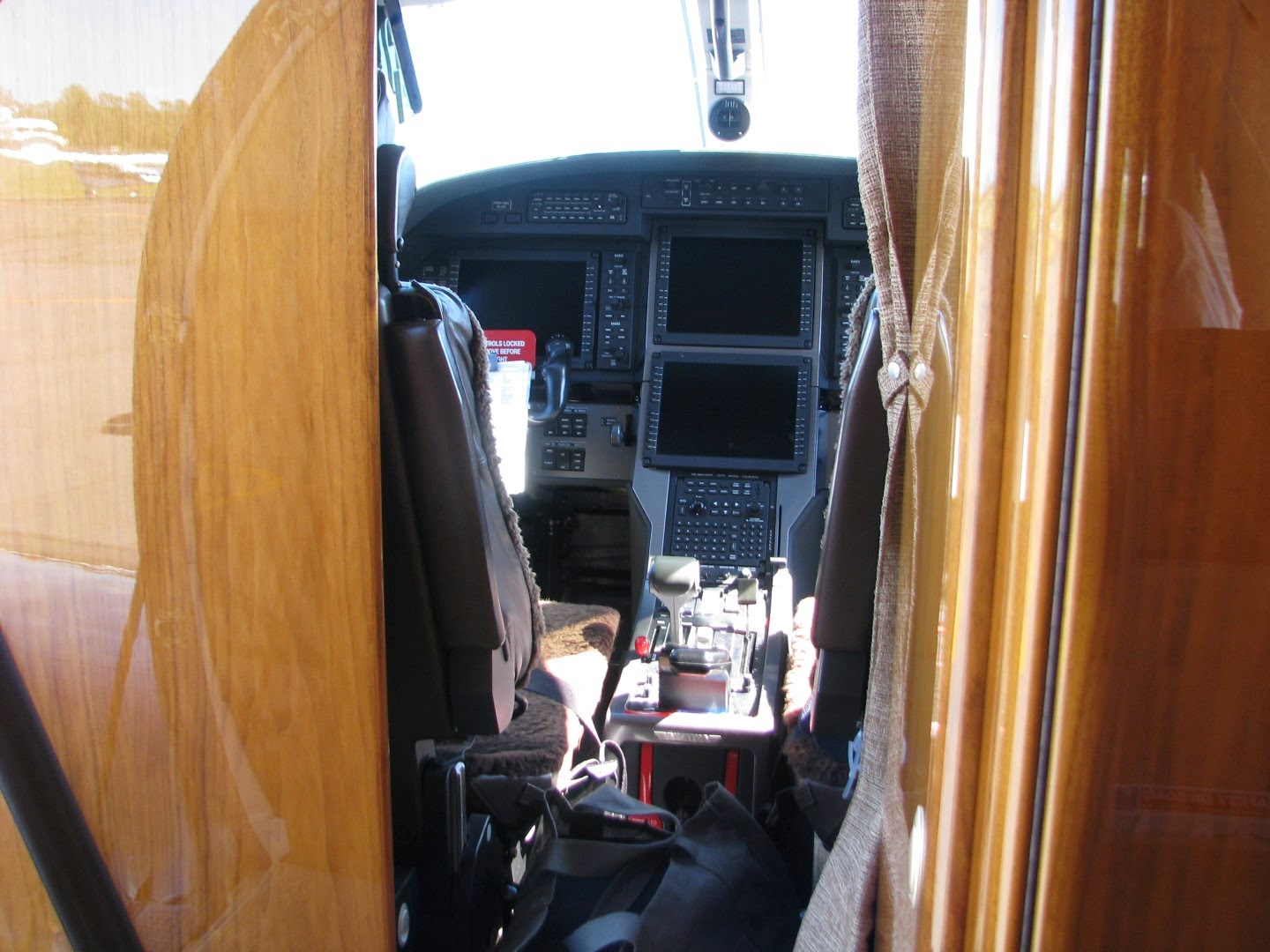 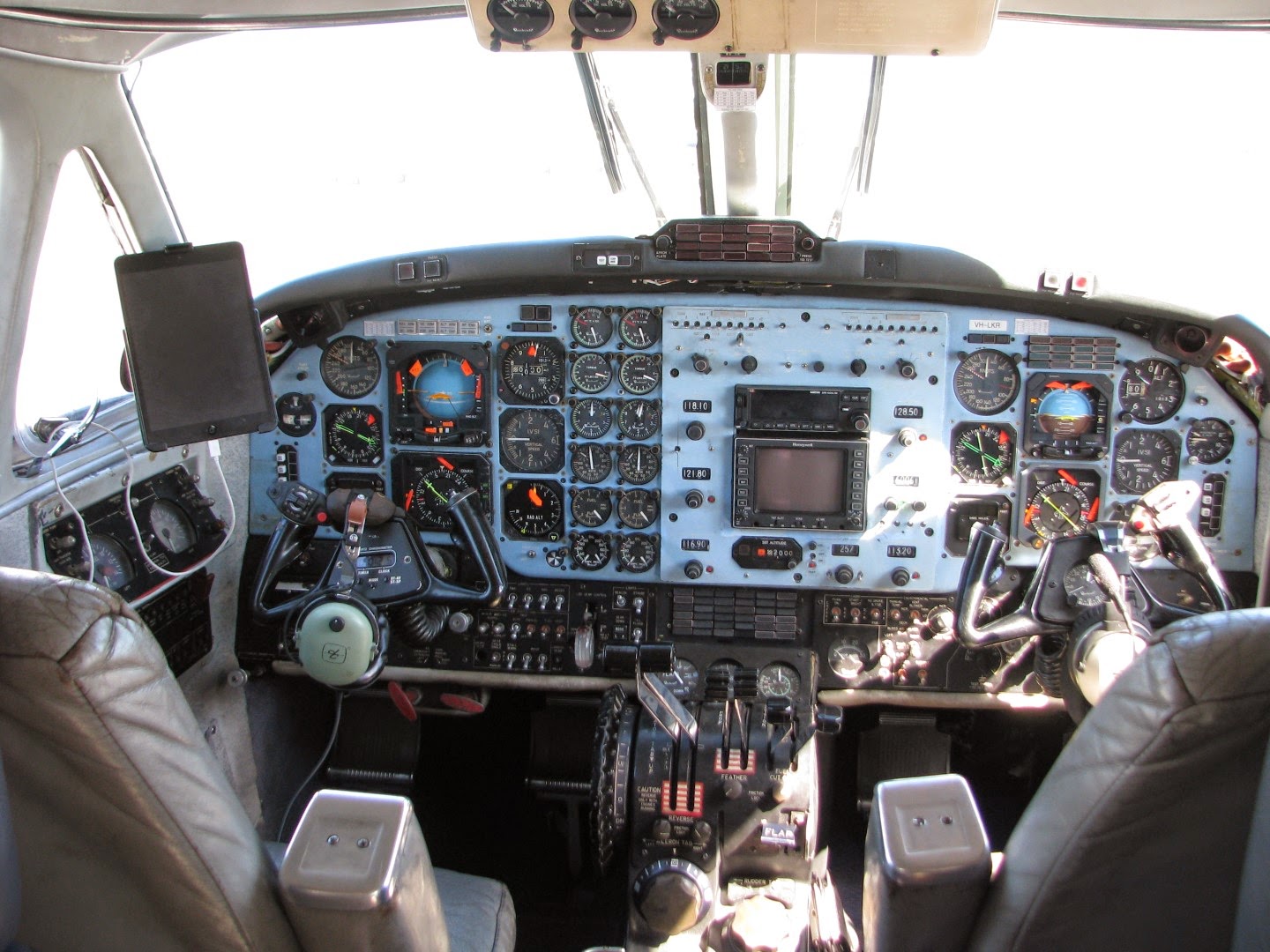 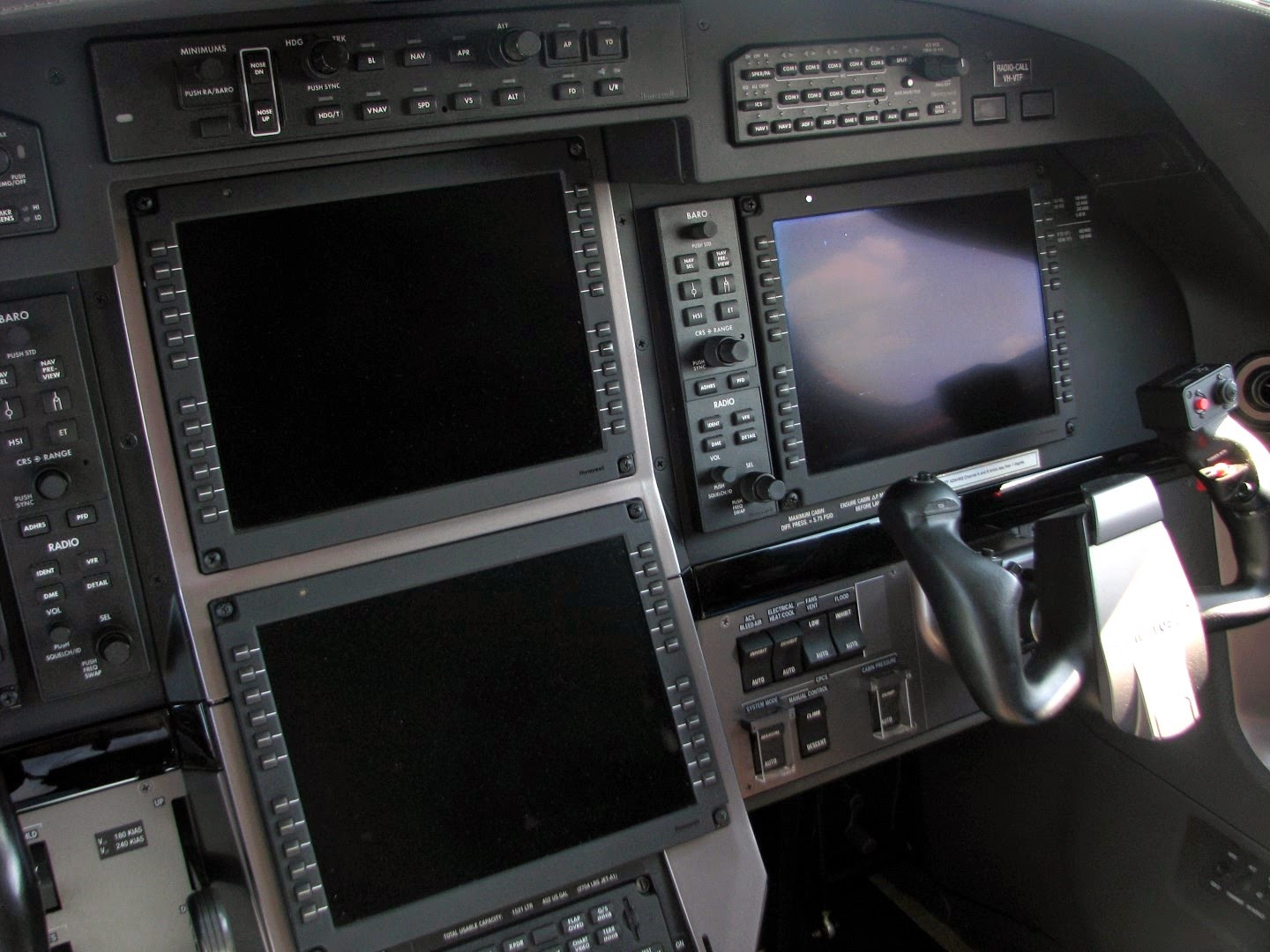 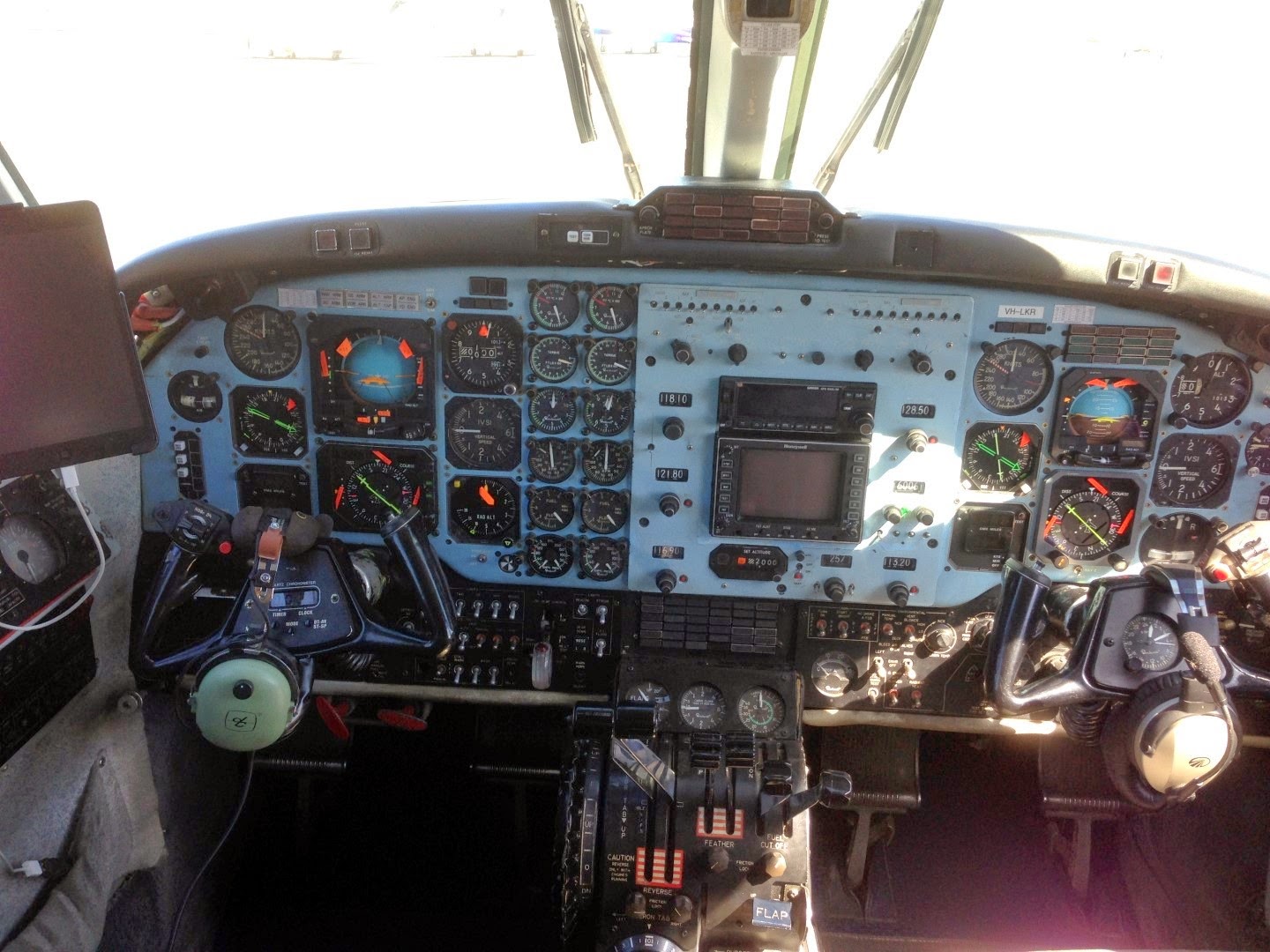 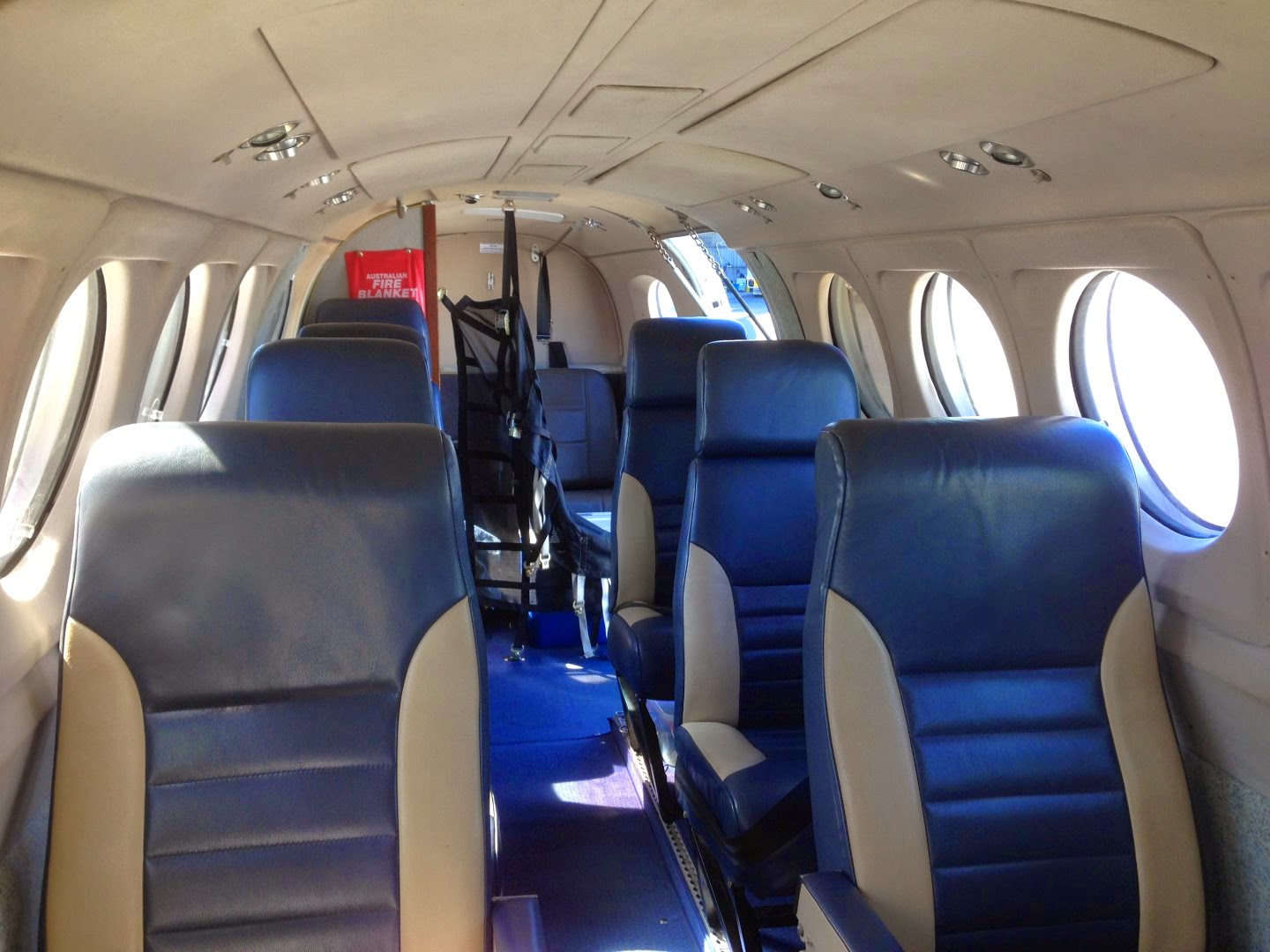 Interestingly, VH-LKR is an ex-Royal New Zealand Air Force (RNZAF) aircraft (ex NZ1883) and was delivered to it's currently operators in 2012. 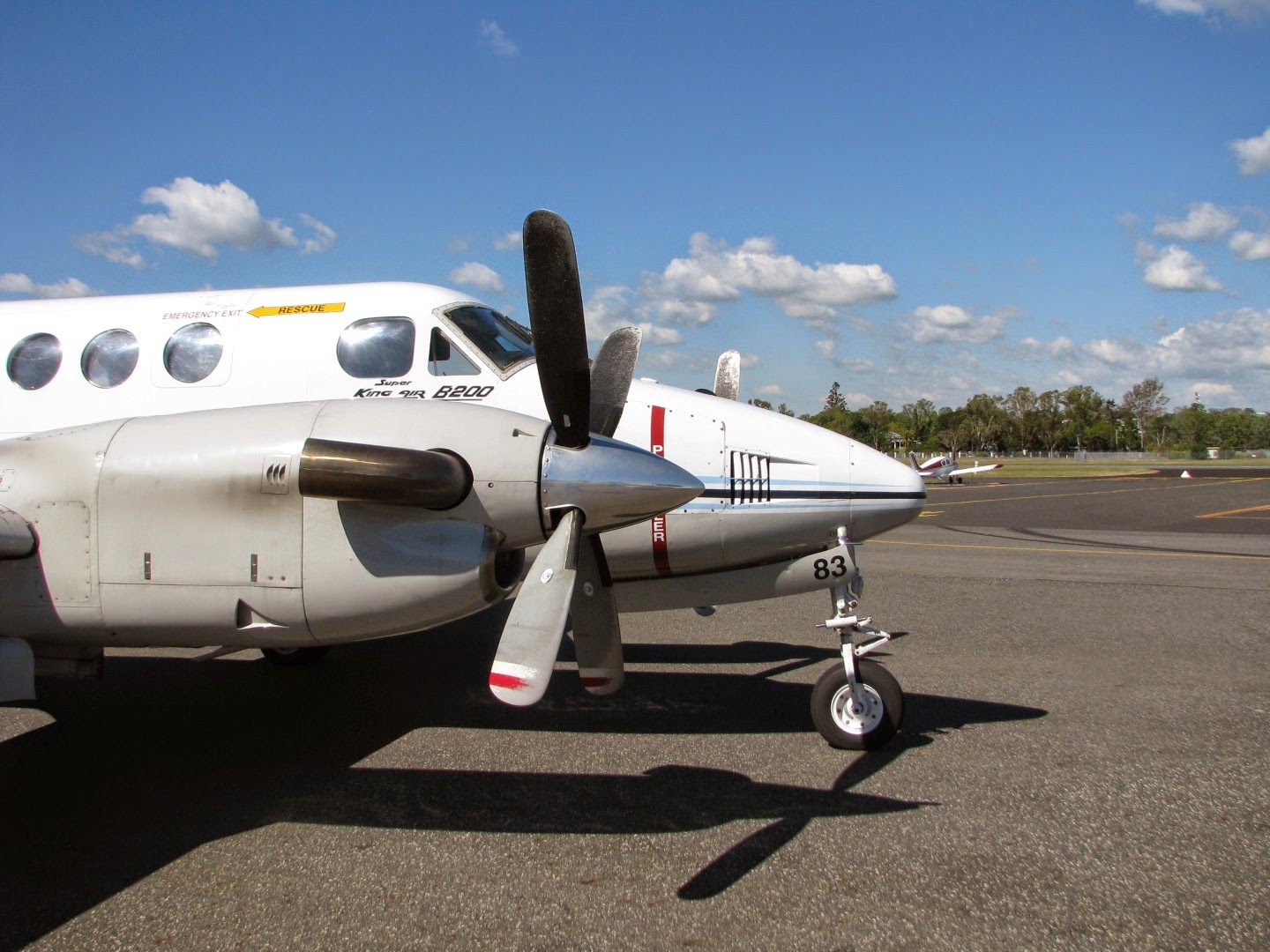 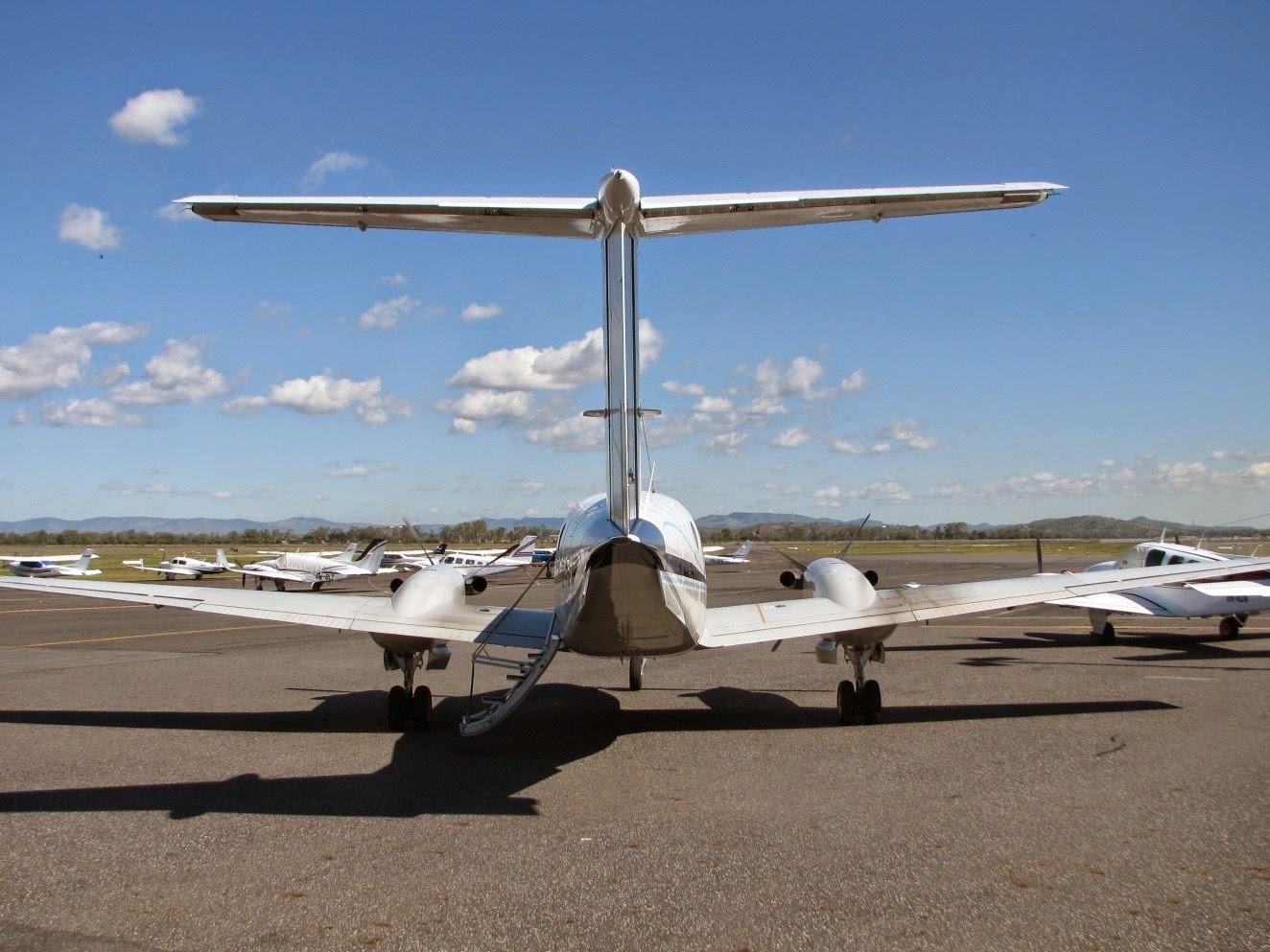 Other nice light GA aircraft noted arriving into Rocky on Wednesday 6 May included Sunshine Coast-based Mooney M20J VH-KDC, which returned to Rocky after flying out to Longreach the day before, while Cloncurry-based Pilatus PC-12/47E VH-MDH also departed and returned to Rockhampton on Wednesday. 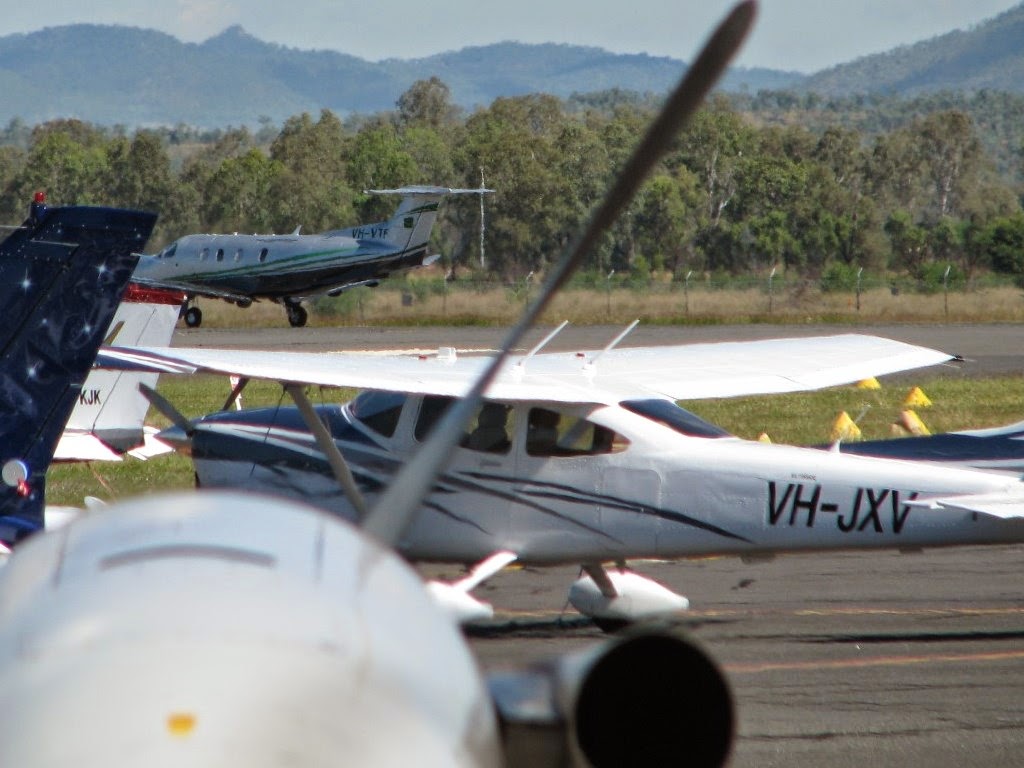 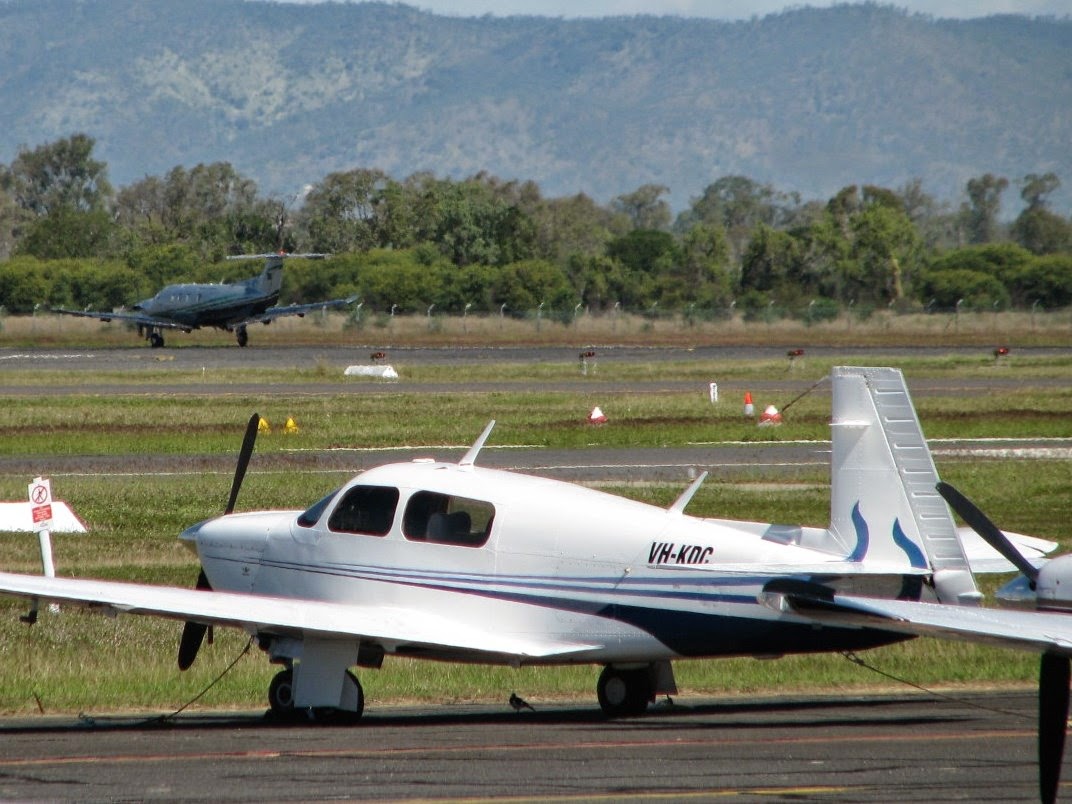 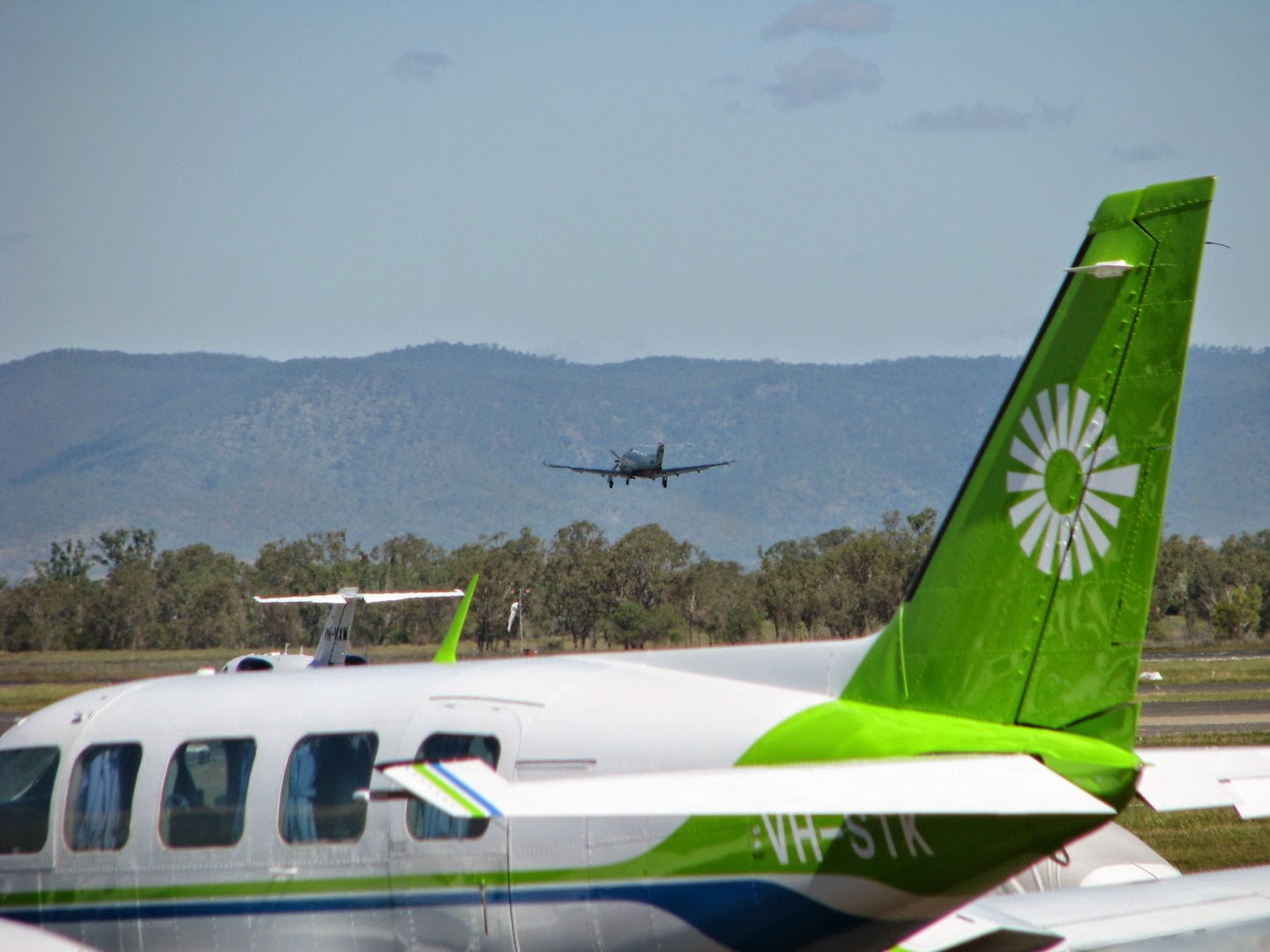 As the sun started going down, Cessna 208B Caravan VH-DJG called in from Townsville, while Mount Gambier (SA) based De Bruin Air Ted Smith Aerostar 602P VH-OTX touched down from Melbourne (Moorabbin) and Dubbo. 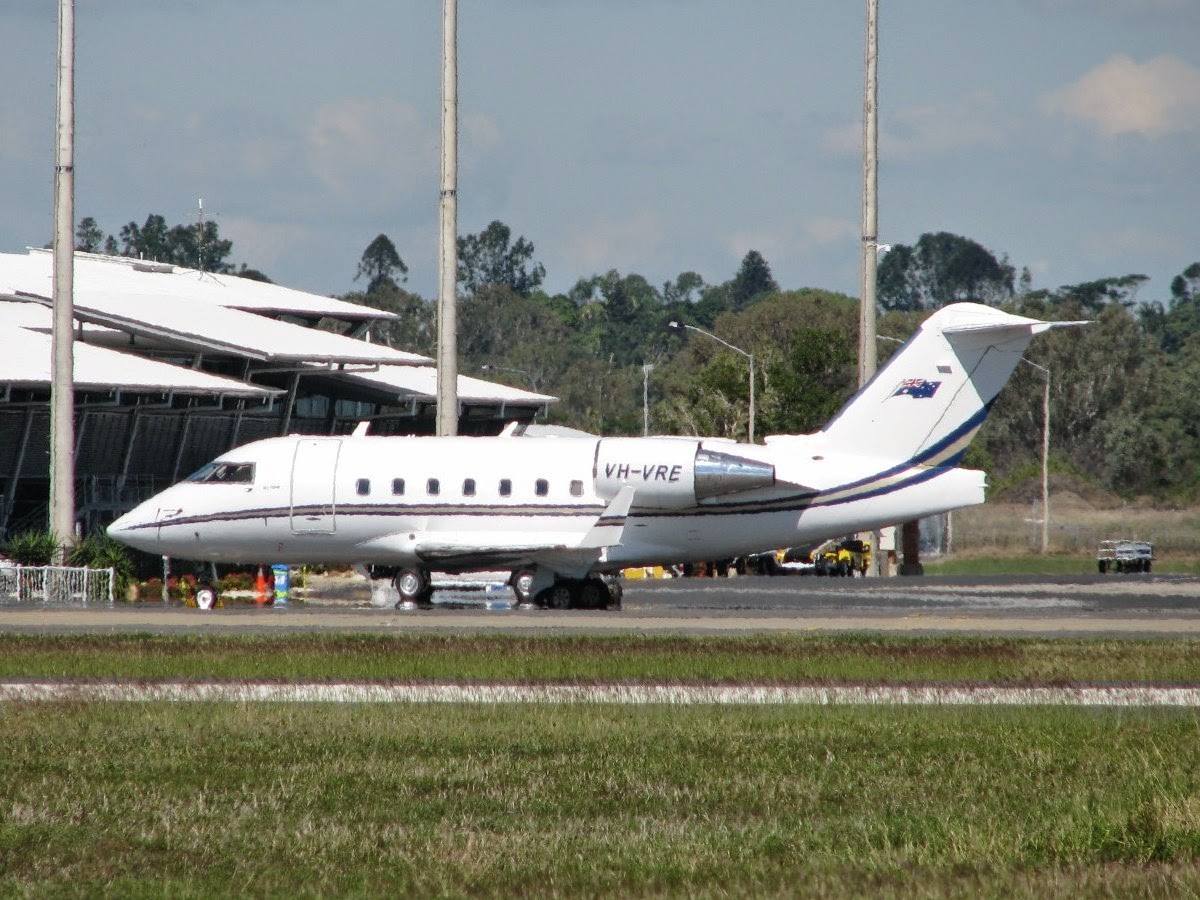 While calling into Rockhampton Airport was Edwards Coaches Cessna 525 Citation CJ1 bizjet VH-KXL.  It departed to Gladstone where it appears it will be parked for the night.  Flight tracking applications suggest that VH-KXL will return to Rocky during Thursday 7 May and then depart to Tamworth.

And calling in after dark to collect Deputy Prime Minister Warren Truss who attended Beef Australia on Wednesday 6 May was Royal Australian Air Force (RAAF) Canadair CL-600-2B16 Challenger 604 bizjet A37-001 which was heard to arrive and depart as "Regent 64". 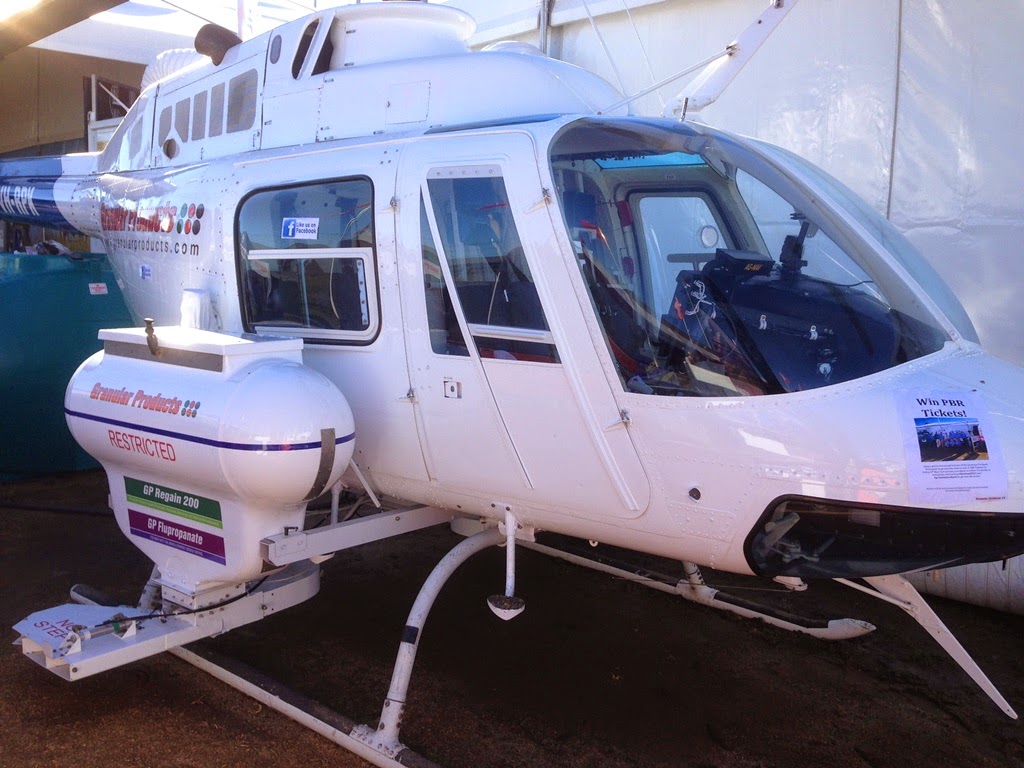 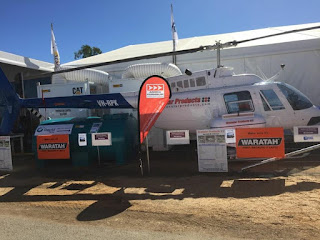 By all accounts, Paul is enjoying the action at Rockhampton Airport and definitely enjoyed having a look around Beef Australia.