Brisbane-based plane spotter - and fellow plane spotting and travel blogger - Brendan B has sent through some plane spotting photos he captured during a recent visit to Hervey Bay (Fraser Coast) Airport. 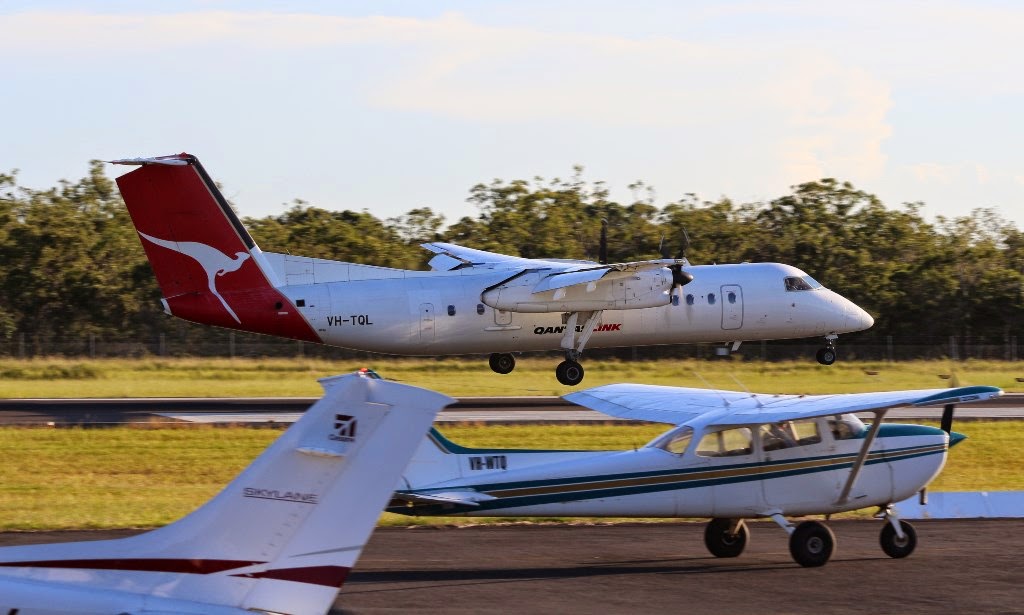 Hervey Bay Airport (HVB / YHBA) is the main airport for Hervey Bay, as well as the Fraser Coast region of Queensland which also incorporates the nearby cities of Maryborough and Bundaberg.  The airport has one main runway designated 11/29 measuring 2000m × 30m.

The airport, which is located around 9km or 15 minutes from the Hervey Bay town centre, re-opened in mid-2005, after the existing airport underwent an $11.5 million upgrade, which included the construction of a new terminal building, and the extension of the existing 1500m runway to 2000m to accommodate jet services from Virgin Australia and Qantas. 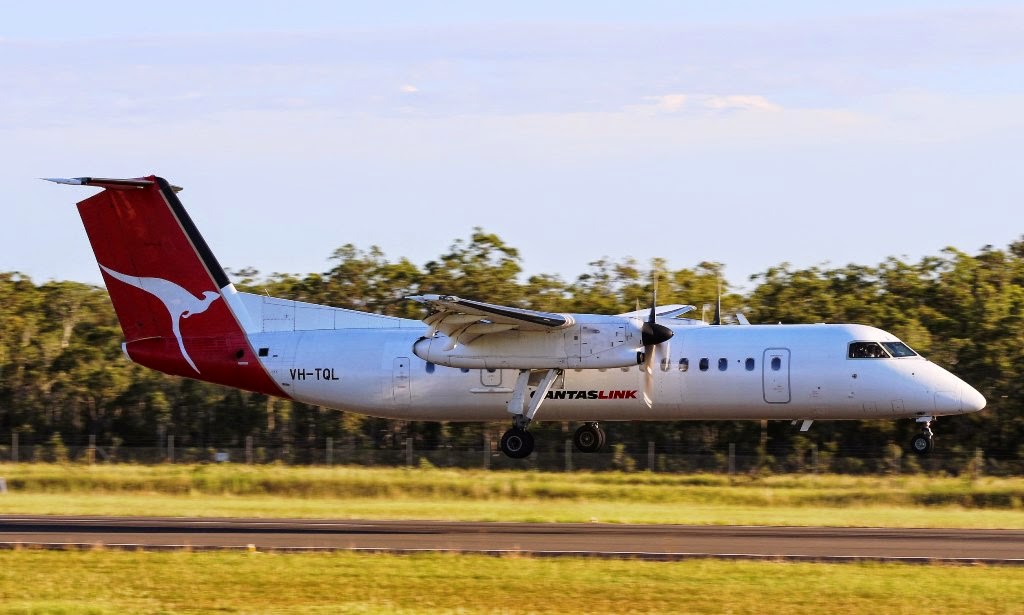 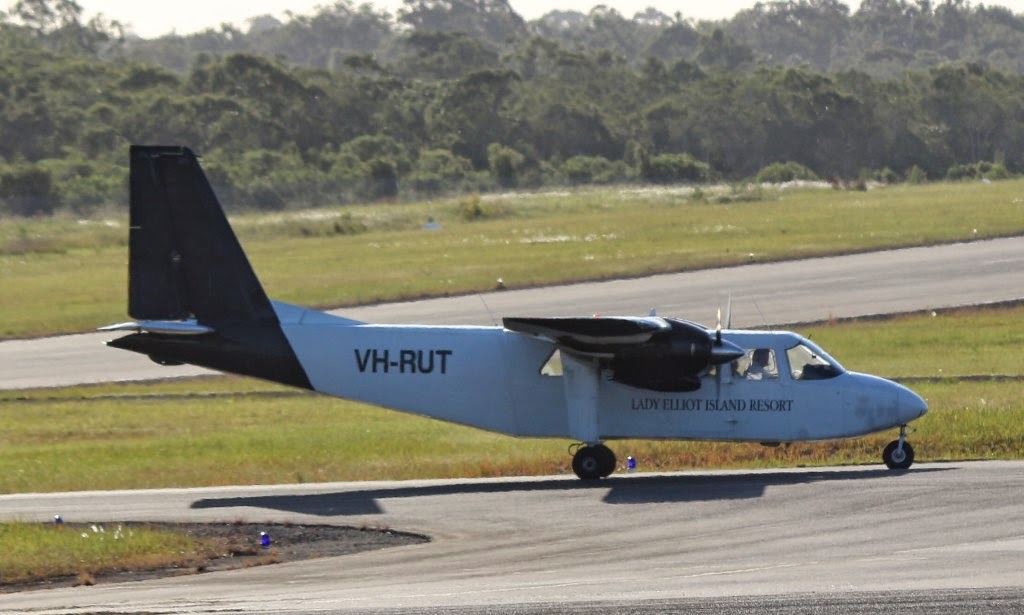 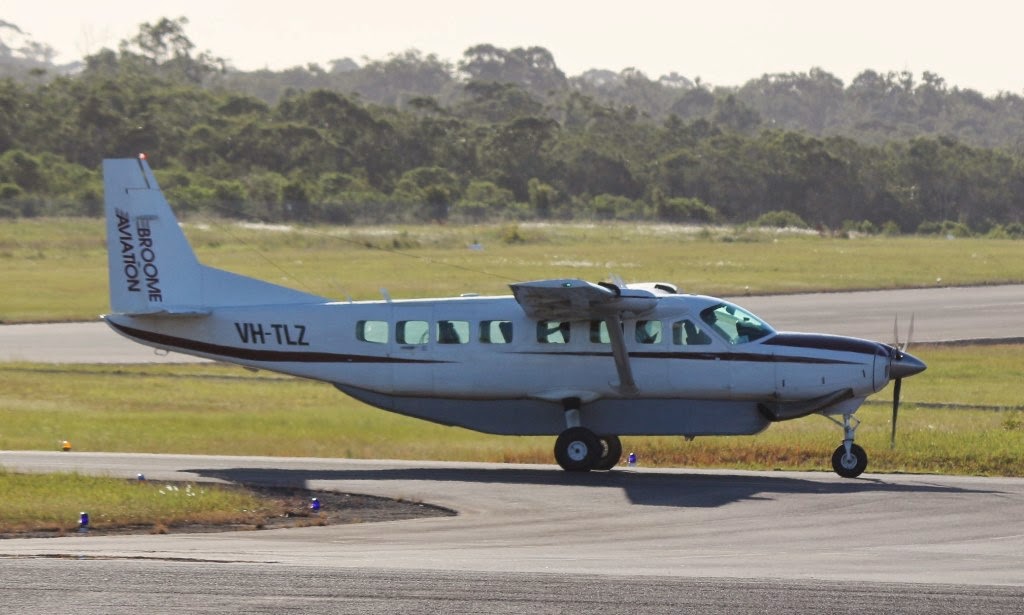 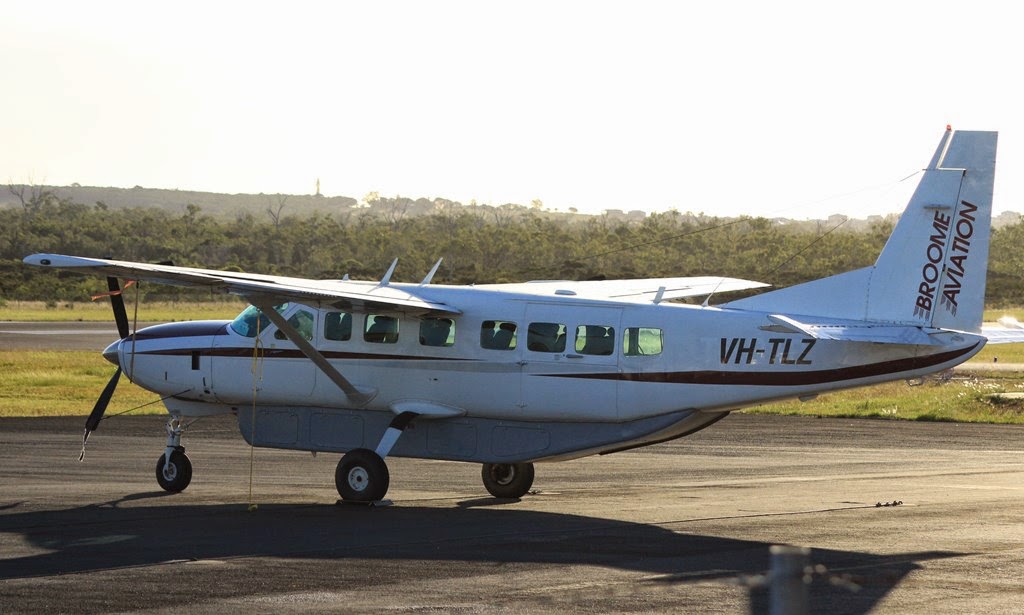 Operating out of the Airport is Cessna 182 VH-DBP which is noted regularly flying and dropping thrill-seeking parachutists out over Hervey Bay. 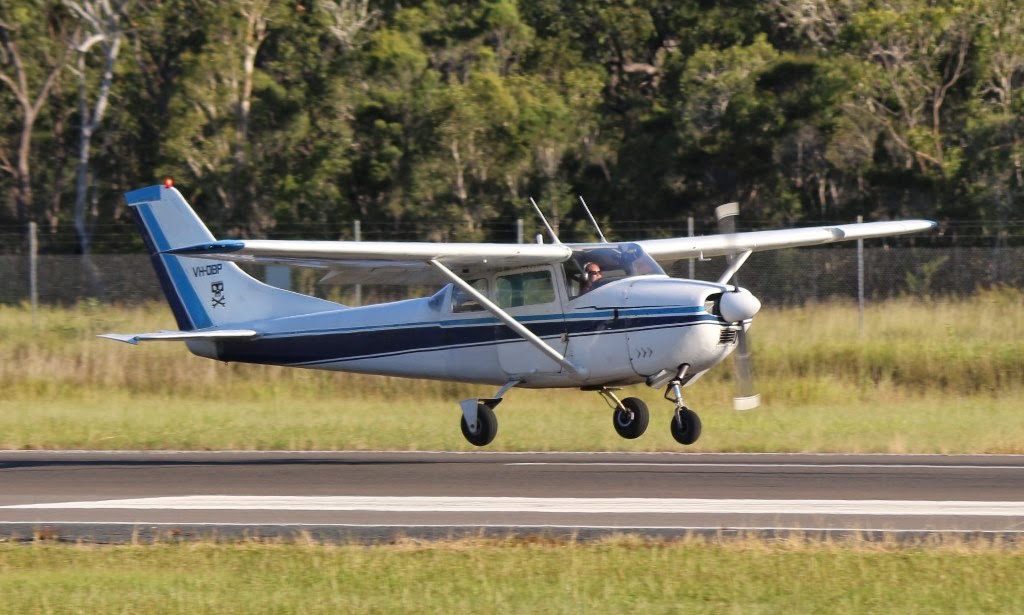 Also locally-based Air Fraser Island aircraft - including Cessna 206 VH-UPK - operate from the Fraser Coast Airports to the nearby Heritage-listed Fraser Island, often landing of the beautiful beaches of the world's largest sand island. 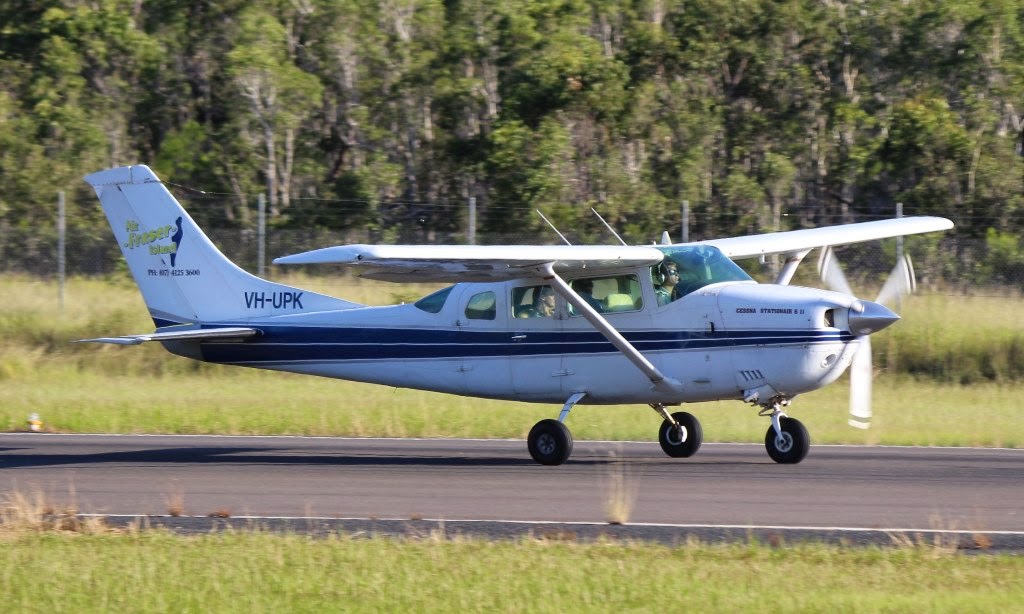 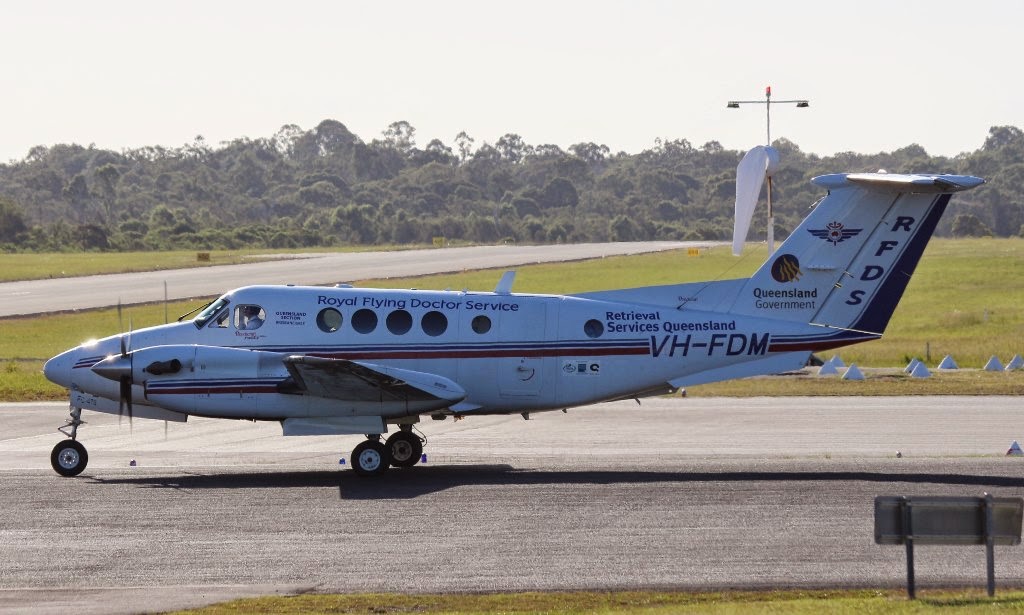 Mackay-based Cessna 182 VH-FUJ was spotted as it spent a couple of weeks away from its Palmyra base. 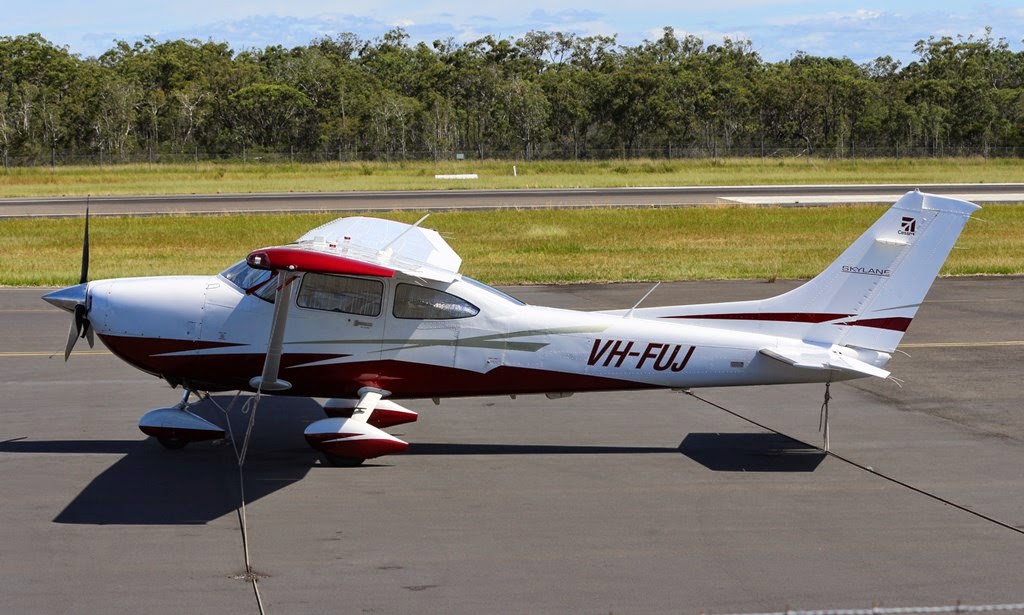 And Robinson R-44 helicopter VH-OPO was photographed.  It appears to be a long way from home with the chopper registered to Lake Macquarie Helicopters at Belmont in New South Wales. 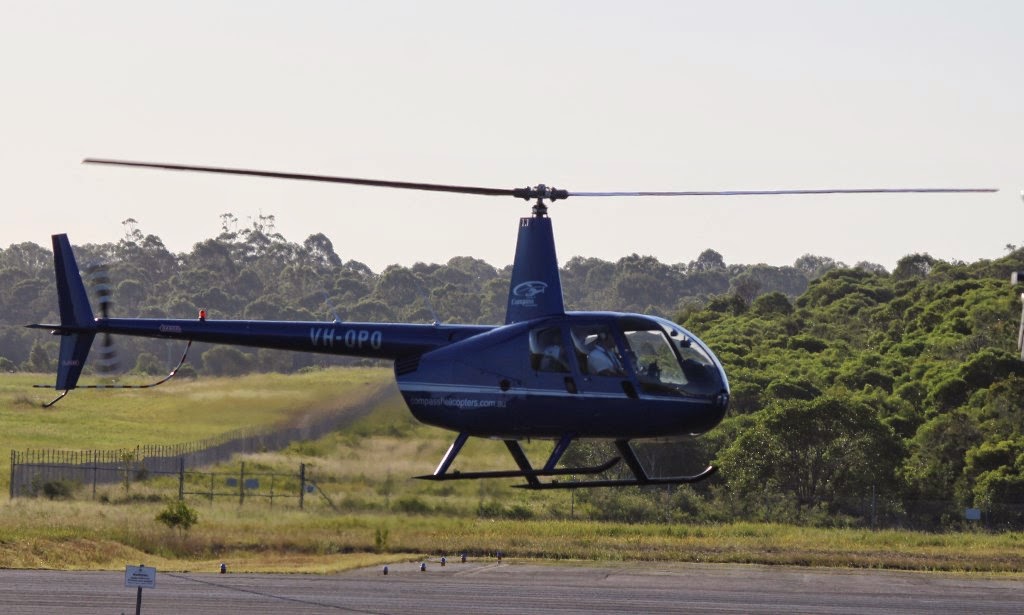 Some great photos from what looks like a lovely little regional airport in the far South of the Central Queensland region (ha ha!).  My sincere thanks to Brendan for sending through these great photos, and for his continuing support of the CQ Plane Spotting Blog!

All photos taken by Brendan Berry  ©
Posted by Damian F at 4:27 PM