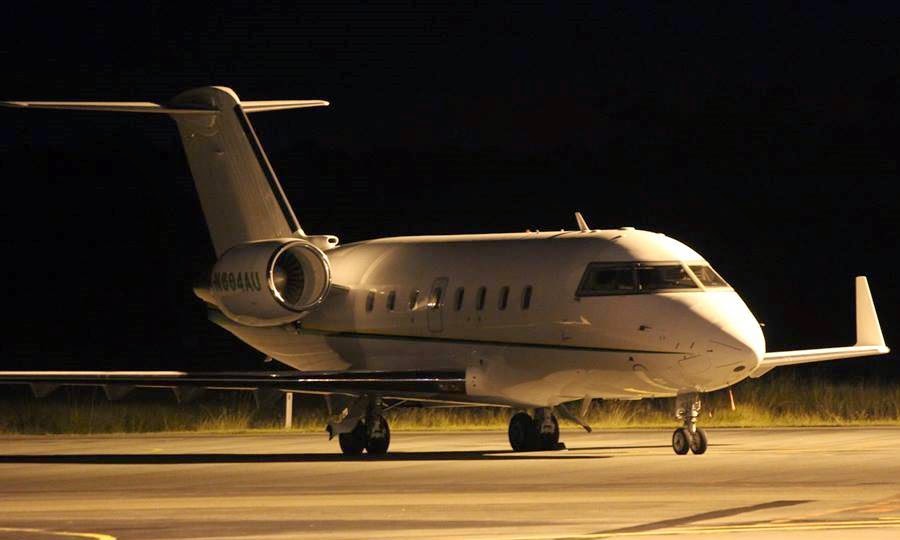 It arrived from the South on Saturday 2 May and was captured later that evening by local plane spotter Ben M.

Ben also reports that as this post written, it remained parked at Hervey Bay Airport on Sunday 3 May.

Also visiting Hervey Bay on Saturday 2 May was Bishopp Aviation SOCATA TBM700 VH-VSV which called in for the day from Archerfield.

An awesome photo and thanks to Ben for allowing us to share it!