Cessna 525 Citation M2 Bizjet VH-WMY Back at Rockhampton Airport - And at Mackay Airport!

Early on Wednesday 27 May, Mitchell Water Australia Cessna 525 Citation M2 bizjet VH-WMY called into Rockhampton Airport from Brisbane.  It was the second time that it touched down in the beef capital this week.


Later in the morning, it departed Rocky and touched down at Mackay.  At the time of writing, VH-WMY had returned to Melbourne (Essendon) Airport. 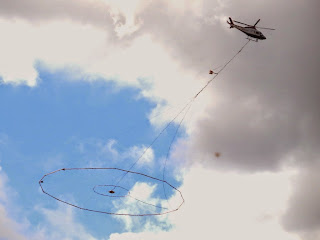 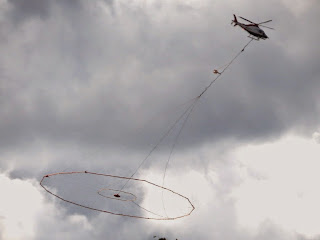 The Agusta has recently been photographed parked at Gladstone Airport and it was believed to be heading back there after completing its airwork around Rocky.

Photos taken by 'IAD' and Kayanne Hardsman  ©
Posted by Damian F at 7:43 PM