Brisbane-based plane spotter and fellow Blogger Brendan B has again shared with us some of his images he captured as he recently ventured through Central Queensland for work.  On this particular trip, Brendan visited Gladstone, Hervey Bay (Fraser Coast) and Maryborough Airports. 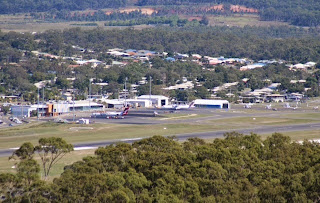 He firstly called into Gladstone Airport, spending a Sunday afternoon capturing some of the comings and goings, along with a couple of light General Aviation (GA) 'residents' that were parked on the GA Apron.  Early the next day, Brendan ventured up Round Hill where the lookout not only overlooks Gladstone city but also Gladstone Airport (as shown above).

Back at Gladstone on Sunday, Brendan captured a nice mix of the usual RPT services from and back to Brisbane including QantasLink Dash-8-Q400 VH-QOR. 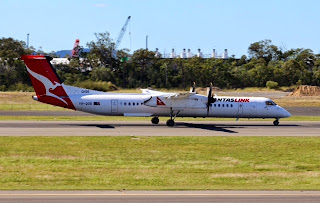 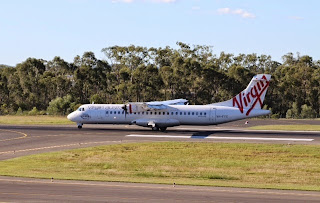 Along with QantasLink (Cobham Aviation) Boeing B717-200 VH-NXK which still wears the old Qantas colours. 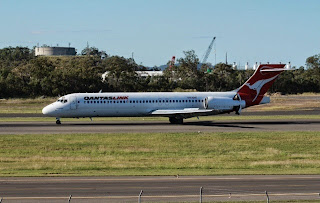 The locally-based Careflight Bell 412EP VH-XCY was also captured by Brendan as it departed Gladstone. 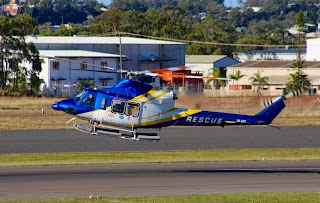 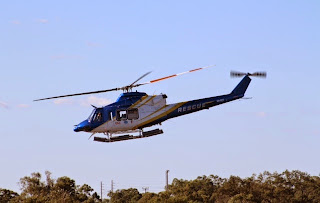 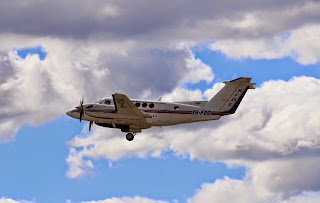 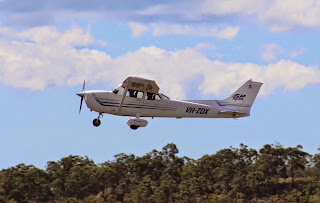 Meanwhile, parked on the GA Apron at Gladstone Airport on Sunday afternoon was Benaraby-based Cessna 182 VH-IVY. 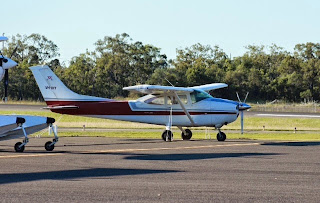 Also locally-based Air Charter CQ / Australia by Seaplane Cessna 206FP VH-FKS and DHC-2 Beaver VH-IDO were parked on the GA Apron waiting for their next flights. 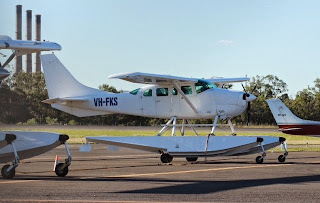 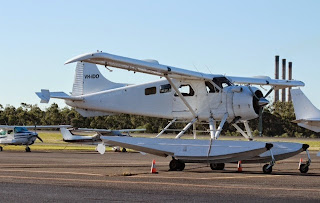 The next day, Brendan ventured down to Bundaberg and again captured a nice mix of commercial and GA visitors including VARA ATR 72-500 VH-FVU. 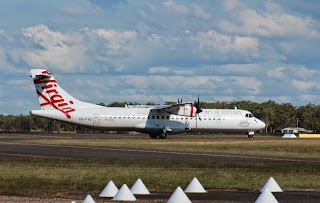 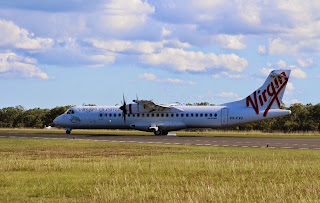 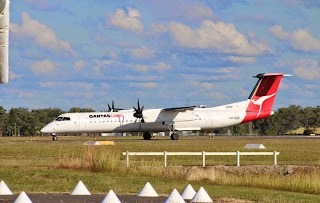 One interesting GA visitor captured by Brendan was Interair (Photomapping Services) Cessna 402B VH-KCL which I believe was actually due to call into Gladstone but was spotted at Bundy.  It departed to Townsville. 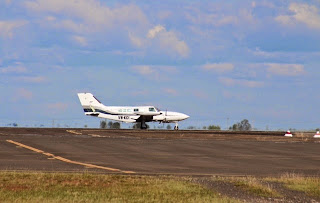 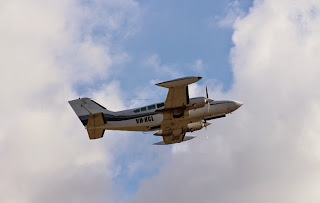 Finally, Brendan ventured to Maryborough and again popped into the Airport where he captured a couple of local and visiting aircraft parked on the GA Apron including SOCATA TB-9 VH-SXE. 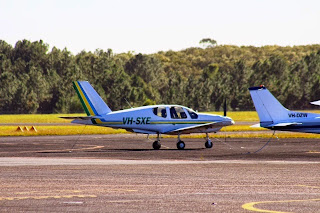 And Cessna 172 VH-DZW, which is operated by locally-based Mile High Aviation. 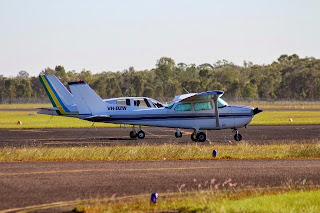 Finally, an interesting long-rime resident at Maryborough Airport is Embraer EMB-110P2 Bandeirante - registered VH-OZF.  Currently the 'Bandit" is registered to Aerolink Air Services in New South Wales, however research reveals that prior to landing in Maryborough in the late 2000's, VH-OZF was used for skydiving in - of all places - Guam.  Prior to that, there are photos of (a) VH-OZF operating for Aus-Air. 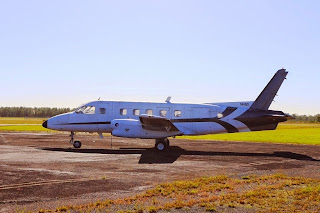 We sincerely thank Brendan for his continued support of the CQ Plane Spotting Blog and sharing through these awesome photos from CQ and the Fraser Coast.

All photos taken by Brendan Berry  ©
Posted by Damian F at 9:36 AM