Local plane spotter Graham M popped out to Roma Airport on Sunday 24 May and managed to capture a couple of photos of a couple of adventurous Cessna  172s that were on a trip from the glitter strip to the Central West hub of Longreach. Air Gold Coast Cessna 172R VH-NWZ and Cessna 172S VH-OMU were both captured as they took on fuel after arriving directly from the Gold Coast. 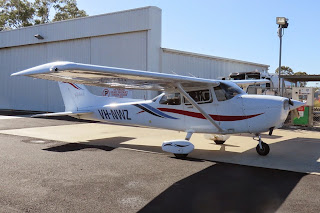 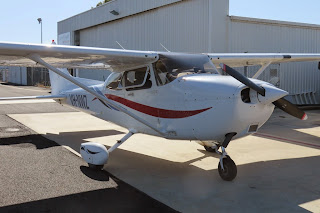 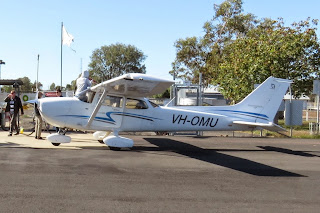 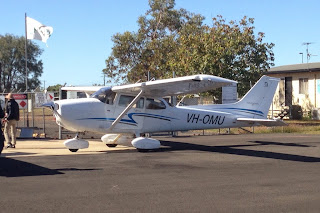 They later departed direct to Longreach.

These two aircraft were in fact joined by fellow Air Gold Coast Cessna 172RG VH-OUA which I believe called into Toowoomba while on its way to Longreach.

Graham reports that the Gold Coast group are planning on spending a couple of nights at Longreach before returning to the Gold Coast later this week, most likely via the coast and possibly Hervey Bay.

UPDATE!  It appears that all three Cessnas went home on Wednesday 27 May, departing Longreach for Emerald and Hervey Bay on Tuesday 26 May, before returning to the South-East corner on Wednesday.

Thanks Graham for capturing these great images on what looked to be a lovely day at Roma!

All photos taken by Graham McKnight  ©
Posted by Damian F at 3:34 PM