With Beef Australia 2015 - "Beef Week" - all over for another time, the various light General Aviation (GA) visitors that have called into Rockhampton Airport have been noted departing to their home airports or properties.  On Saturday 9 May, Rockhampton plane spotters continued to capture some great images of the many visitors - including a couple of other recently arrived lighties - and of course the visiting Cessna T240 (TTx) N362CS. 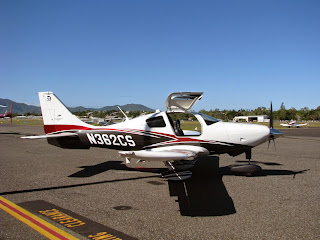 As mentioned below, Sunshine Coast-based Aeromil Pacific flew Cessna T240 (TTx) N362CS into Rocky to demonstrate the new single-engine Cessna at the Rockhampton Aero Club (RAC).  It touched down from Hervey Bay and later operated a local flight before departing to the Sunshine Coast later in the day. 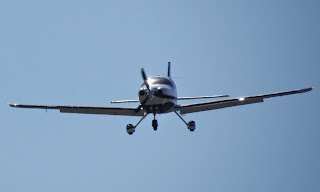 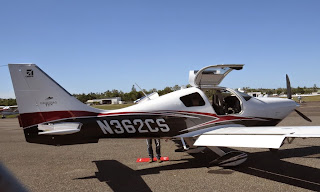 Another interesting visitor spotted parked on the GA Apron at Rockhampton Airport on Saturday 9 May was Cairns-based Amateur-built VAN'S RV-8 VH-AGI. 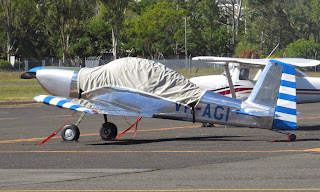 VH-AGI arrived from Proserpine / Whitsunday Coast Airport the previous day and was (at the time of writing) due to depart to Innisfail on Sunday 10 May. 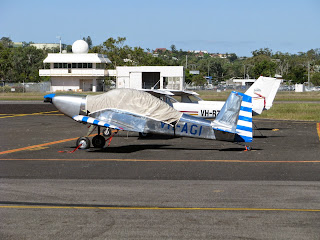 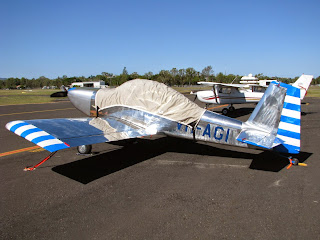 Cessna 182 VH-JXM was captured as it departed back to its Julia Creek base. 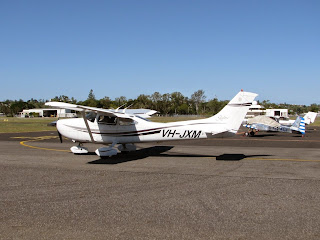 Blackall-based Raytheon A36 Bonanza VH-VLV was captured parked outside the Rocky Aero Club and looked to be preparing for departure.  As shown it has also acquired a sticker very appropriate to Beef Week! 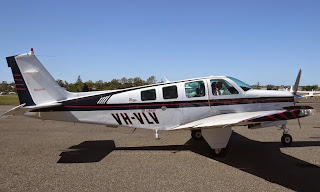 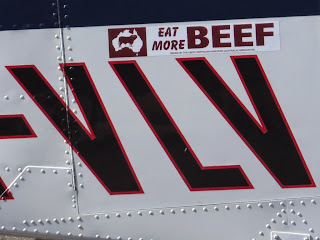 Cessna 208 Caravan VH-DJG remained parked on the GA Apron on Saturday, and also (at the time of writing) was due to depart 'home' to the 'Natal Downs' property on Sunday 10 May. 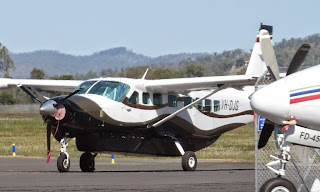 Hughenden-based Cessna 182 VH-JLM was also captured as it also sat on the GA Apron. 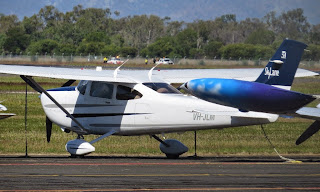 As was De Bruin Aviation (De Bruin Air) Ted Smith Aerostar 602P VH-OTX which was also (at the time of writing) due to depart home to South Australia via Cobar on Sunday 10 May. 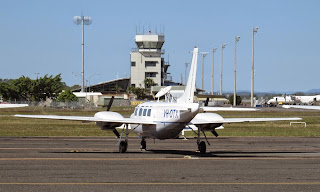 One notable visitor for Beef Week that was also captured on Saturday was the Northern Territory-based Cessna 206 VH-TOC which made a forced landing on a country road at Stanwell near Rocky on Wednesday 6 May. 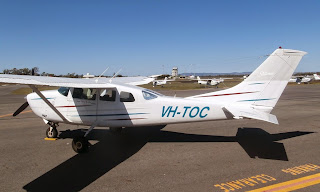 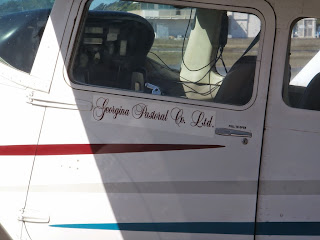 Meanwhile, it was believed that on Friday 8 May, McDermott Aviation Group / Machjet International Beech B200 King Air VH-MWZ called into Rockhampton Airport while on a busy day of flying which also included an early morning visit to Emerald.


A couple of helicopters around Rockhampton for Beef Week included Orange-based Granular Products Bell 206B VH-RPK which was on display at Beef Australia 2015. 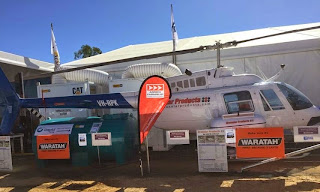 .
Also the Salvation Army's Robinson R66 remained parked at Rockhampton Airport where it had been all week. 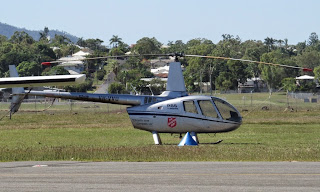 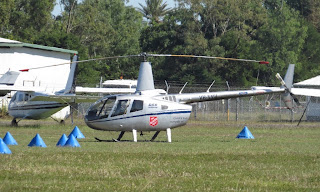 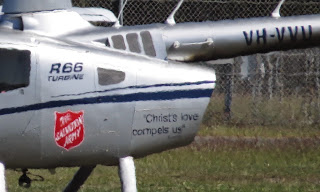 A really great coverage a of quite a few nice light GA visitors into Rockhampton this week - we sincerely thanks all the Rockhampton plane spotters for the contributions and assistance in preparing all the posts on the CQ Plane Spotting over this last week!