A Northern Territory couple, who are pilots, were on their way to the Beef Australia 2015 event with two other passengers, when the aircraft they were flying suffered engine failure, forcing them to make an emergency landing near Rockhampton on Wednesday 6 May. 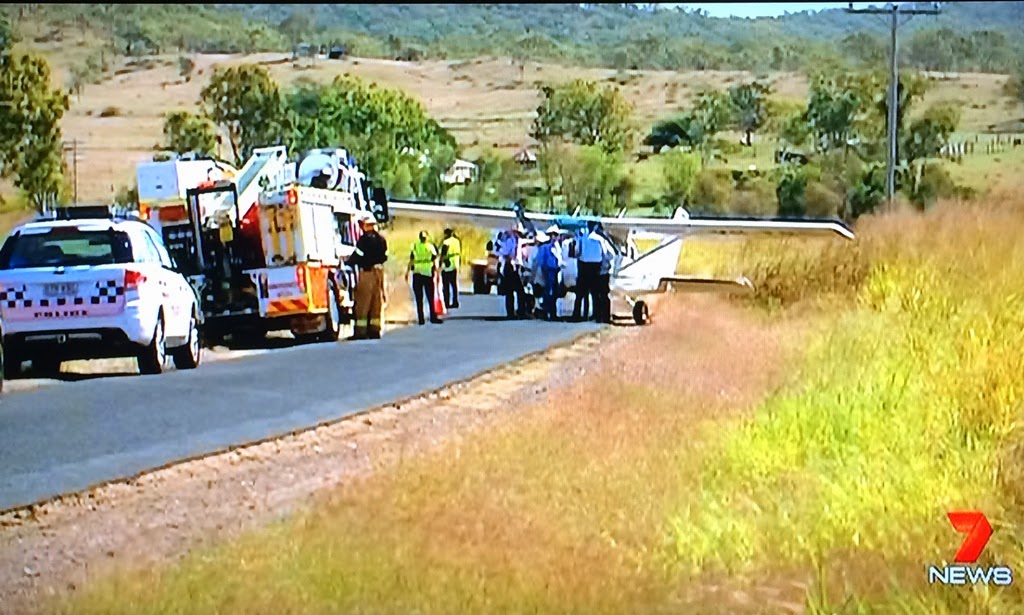 The cattle property owners, Fred and Sarah Hughes, landed their Cessna 206 VH-TOC on a rural road in Stanwell, about 1.5km off the main highway between Rockhampton and Emerald (the Capricorn Highway).  The Cessna had earlier taken off from Dingo, having embarked on a journey to Rockhampton from the Northern Territory.

Sarah was commanding the aircraft when an engine fail light appeared.  They were forced to land on the nearest possible road. 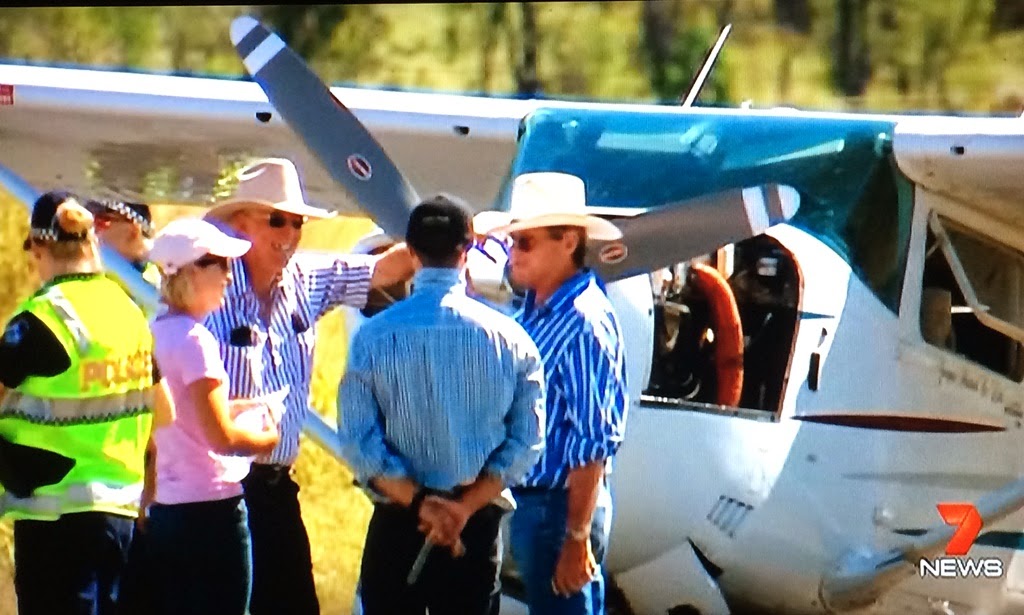 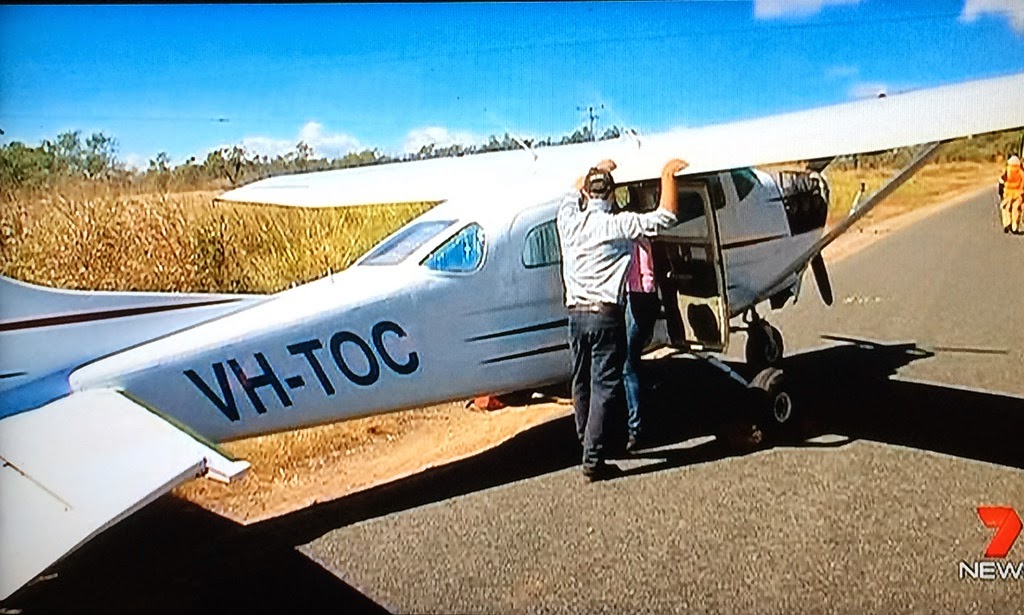 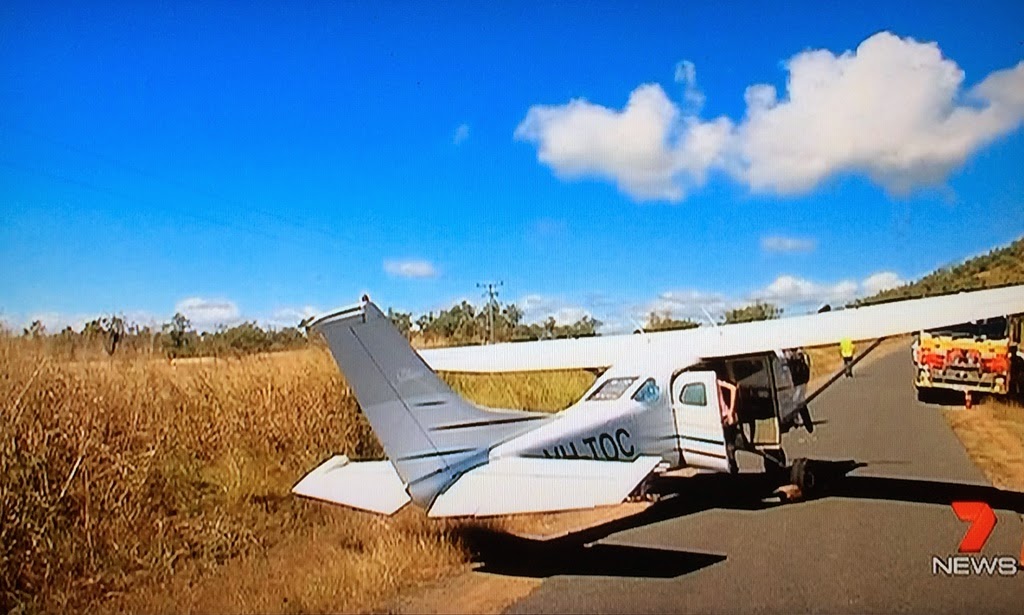 None of the passenger were injured.  An engineer was called to inspect and repair the aircraft. 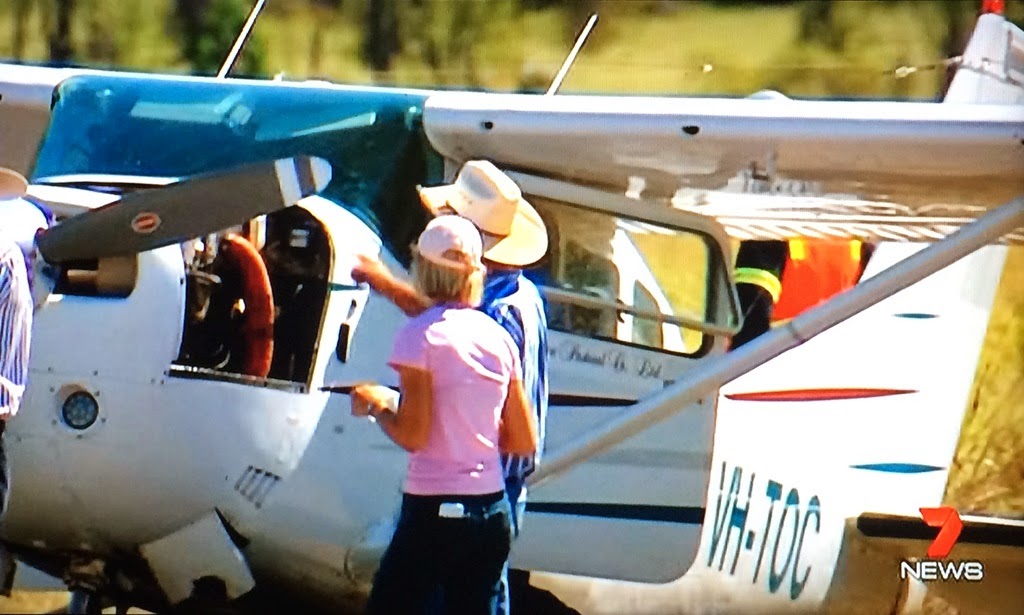 Afterwards, VH-TOC departed off the same road and successfully landed at Rockhampton Airport a short time later.  Reports suggest that the Cessna is still parked on the General Aviation (GA) Apron.

Pictures from Channel 7 News
Posted by Damian F at 10:31 PM