On Monday 22 July, local plane spotter Scott H was at the right place at the right time to capture some great photos as a pair of US Army Sikorsky UH-60M Blackhawk helicopters departed Rockhampton Airport. 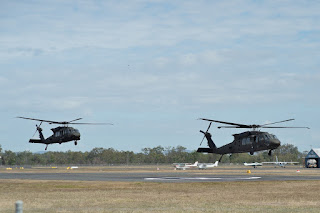 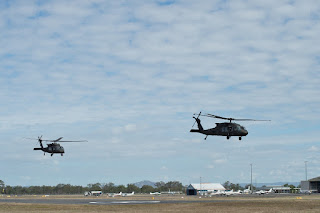 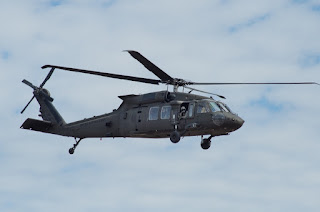 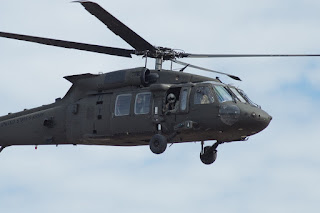 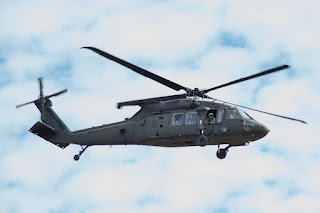 It is believed that both Blackhawks completed two trips into Rockhampton Airport both times from the Shoalwater Bay Training Area (SWBTA).

Meanwhile, late on Sunday 21 July, another pair of US Army Sikorsky UH-60M Blackhawk helicopters were noted visiting 'Camp Rocky' - the Australian Army Defence Support Unit (DSU) camp adjacent to Rockhampton Airport.  They arrived from and later departed back to Shoalwater Bay and were heard to be using the radio callsign of "Bigfoot 92 Flight" - suggesting one of the Blackhawks could have been (13-)20592.

While also on Sunday 21 July, another US Army Sikorsky UH-60M Blackhawk helicopter believed to be (13-)20577, was noted visiting Rockhampton Airport, flying in from and back to Shoalwater Bay as "Bigfoot 77".

All photos taken by Scott Harris  ©
Posted by Damian F at 9:40 PM