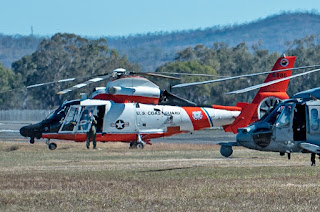 The certainly unique visitor arrived from and departed to parts unknown and was heard to use the radio callsign of "Coast Guard 6586". 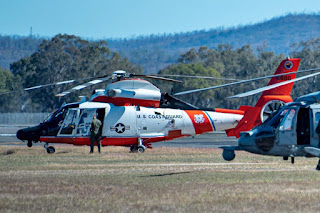 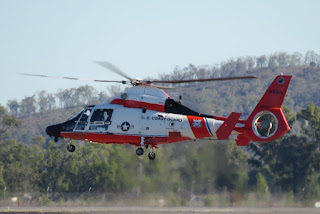 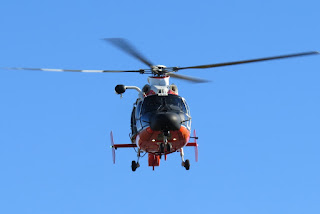 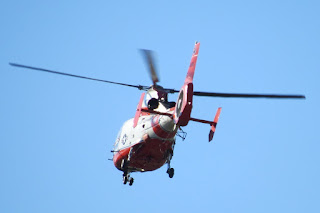 The US Coast Guard helicopter is seemingly based at San Francisco and wears these titles under the tail rotor. 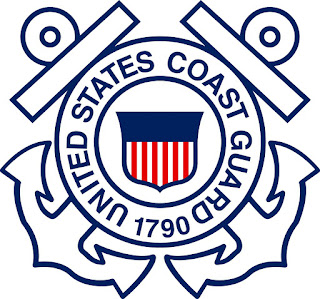 Of interest, the Eurocopter / Aérospatiale MH-65 / HH-65 Dolphin is a twin-engine, single main rotor, medevac-capable search and rescue (SAR) helicopter operated by the United States Coast Guard (USCG). It is a variant of the French-built Eurocopter AS365 Dauphin.

Sincere thanks to local plane spotters Daniel B and 'IAD' who were at the right place at the right time to capture some photos of this great visitor to Rockhampton Airport and Central Queensland!