In amongst all the military movements, on Friday 19 July, local plane spotter Steve V captured a couple of nice photos as the familiar sight of the Queensland Police Service (Airwing) (State of Queensland) Cessna 560 Citation Ultra bizjet VH-PSU called into Rockhampton Airport during a busy day of flying. 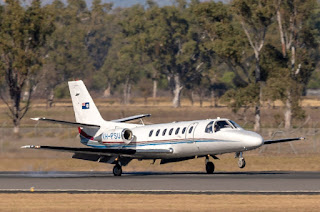 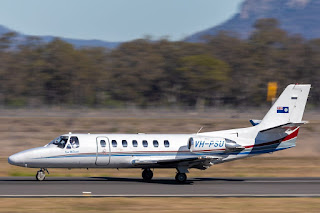 UPDATE!  VH-PSU was back in CQ on Monday 22 July, calling into Bundaberg Airport twice while flying from Brisbane to Cairns and back to the capital during the day.