On Thursday 18 July, Osprey 168659 / EP-07 as "Hacksaw 13" looked to arrive from the East and complete airwork at Rockhampton Airport - including several missed approaches - before landing at Camp Rocky for a short time.  It then departed back to the East. 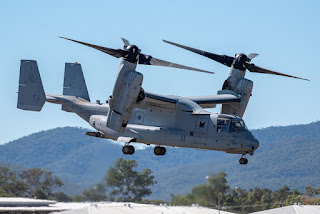 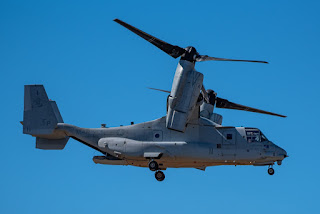 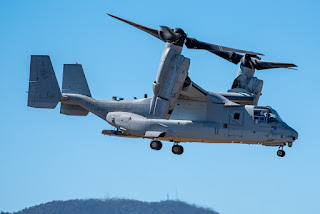 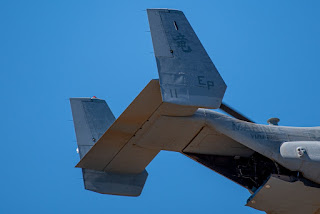 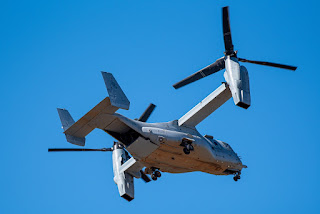 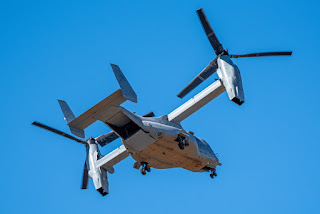 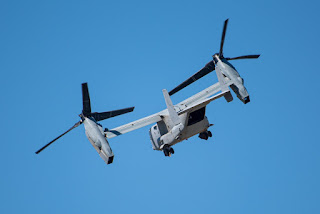 It arrived from the East and looked to depart back in that direction.

While later on Friday 19 July, an unidentified Osprey as "Hacksaw 12" reported landed at Camp Rocky completing a medical evacuation flight - it was noted to be met by an Ambulance inside the Camp Rocky compound.  The Osprey then departed back to the East.

As mentioned previously, these Ospreys are flown by the Marine Medium Tiltrotor Squadron 265 (VMM-265) "Dragons", which is part of the 1st Marine Aircraft Wing.  There are several Ospreys deployed on board the United States Navy ship USS Wasp (LHD-1) which is believed to be currently sailing within the Shoalwater Bay Training Area (SWBTA) where it is participating in Exercise Talisman Sabre 2019 (TS19). 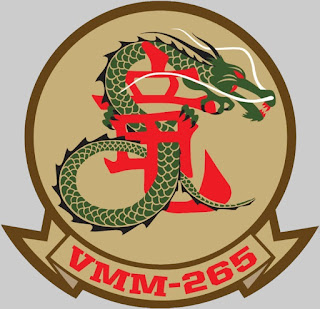 Sincere thanks to local plane spotter Daniel B for taking the time capture and send through these great photos!

All photos taken by Daniel Bishop  ©
Posted by Damian F at 9:47 PM