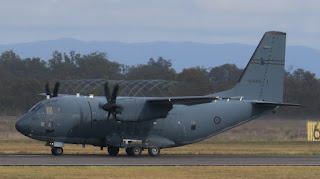 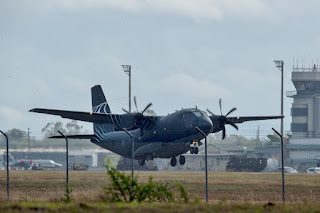 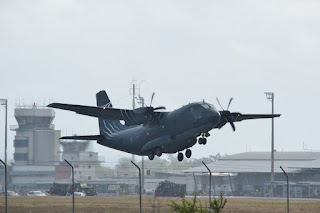 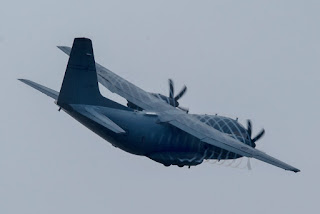 It was again flying as "Wallaby 20" and appeared to have a busy day of flying heading Bowen Airport, the Shoalwater Bay Training Area (SWBTA) and Proserpine (Whitsunday Coast) Airport before returning to Rockhampton Airport later in the day.

Of interest, A34-005 "Wallaby 20" also looked to complete at least one run to Shoalwater Bay and back to Rockhampton Airport also on Saturday 20 July.

Meanwhile, also on Sunday 21 July, fellow RAAF C-27J Spartan A34-001, also looked to call into Rockhampton Airport, flying up from RAAF Base Amberley as "Wallaby 26".  It then departed to Townsville before later being noted returning to Amberley.

Finally, as this post is being written, after dark also on Sunday 21 July, fellow RAAF C-27J Spartan A34-009 "Wallaby 17" has touched down at Mackay Airport.

As mentioned previously, the C-27J Spartan battlefield airlifter aircraft are flown by the RAAF's 35 Squadron out of  Amberley.