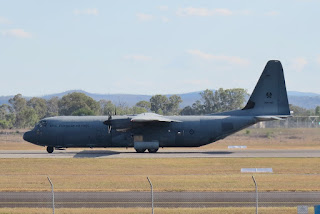 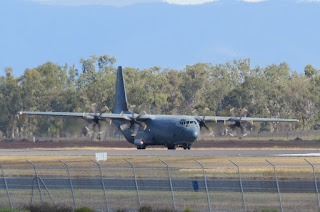 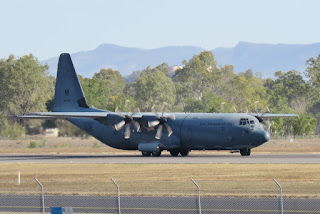 The Herc has been around Rocky and the Shoalwater Bay Training Area (SWBTA) in recent days, flying between RAAF Base Richmond and Darwin.  On Monday, it looked to have flown into Rocky from Darwin and was later noted heading South and eventually flying into at RAAF Base Edinburgh in South Australia.

UPDATE!  On Tuesday 30 July, A97-467 "Trojan 24" returned to Rockhampton Airport from Edinburgh and was later noted flying South, possibly to Richmond.

It appears that A32-651 had arrived into Rocky late on Sunday 28 July from RAAF Base Richmind also as "Beaufort 26".