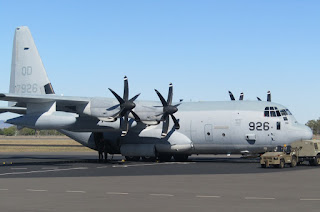 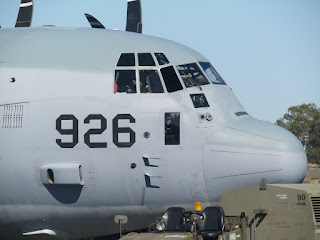 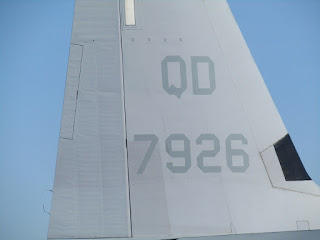 After a short time on the ground, 167926 / QD-7926 departed Rockhampton Airport and flew back into the Shoalwater Bay Training Area (SWBTA) before later returning to Townsville. 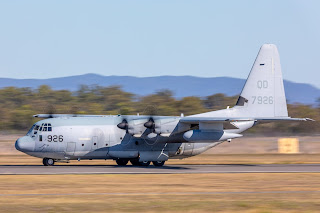 The Herc is one of two that have deployed to Townsville during joint Military Exercise Talisman Sabre 2019 (TS19) that are flown by the Marine Aerial Refueller Transport Squadron 152 (VMGR-152) the "Sumos".

Sincere thanks to local plane spotters Trevor H and Steve V for taking the time to capture and send through these great photos!