On Tuesday 30 July, Royal New Zealand Air Force (RNZAF) Boeing B757-2K2 NZ7572 was once again back at Rockhampton Airport, appearing to arrive from RNZAF Base Auckland-Whenuapai in New Zealand, again using the radio callsign of "Kiwi 645". 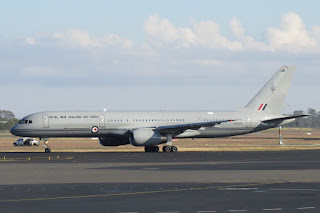 Then, early on Wednesday 31 July, NZ7572 was photographed above and below departing Rockhampton Airport for RNZAF Base Ohakea near Palmerston North in New Zealand again as "Kiwi 645". 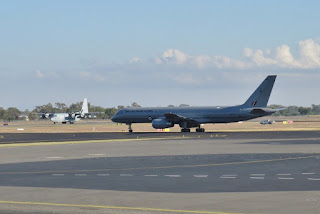 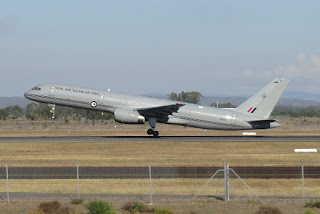 Of interest, NZ7572 departed Rockhampton Airport also for RNZAF Base Ohakea near Palmerston North in New Zealand also as "Kiwi 645" on Monday 29 July having departed to and later returned from Christchurch.

Sincere thanks again to local plane spotter 'IAD' for taking the time to capture and send through these great photos!