During the busy morning on Sunday 21 July, local plane spotter Scott H also captured some great photos as a pair of the visiting Royal Australian Air Force (RAAF) British Aerospace (BAe) Hawk 127 jet training aircraft took to the air to complete yet another sortie out of Rockhampton Airport to the Shoalwater Bay Training Area (SWBTA) and back. 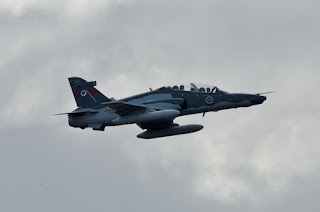 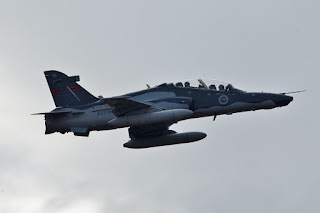 They were identified as A27-22 and A27-18 and were heard to yet again use the radio callsign of "Cougar".

All photos taken by Scott Harris  ©️
Posted by Damian F at 11:33 PM