Defence personnel from Australia, the United States, Japan and the United Kingdom conducted a series of complex amphibious activities on Monday 22 July at Bowen in the Whitsundays, as a part of joint Military Exercise Talisman Sabre 2019 (TS19). 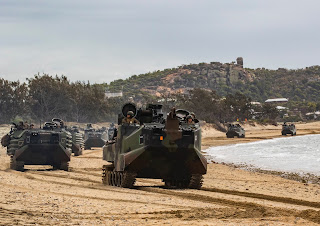 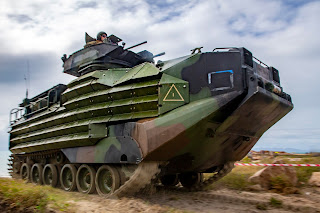 Over the past three weeks, training has been undertaken across Queensland and Northern New South Wales, as well as offshore locations, by as many as 30000 personnel and 100 aircraft and helicopters, with the landings at Bowen this week reaching a critical phase in the battle scenario. 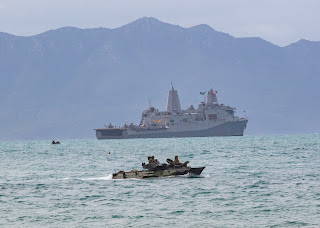 The largest vessel involved in the operation, the amphibious-assault ship USS Wasp, was too far offshore to be visible from the beach.

Personnel from the Australian Army’s 2nd Battalion, the Royal Australian Regiment, and the British Royal Marine Commandos, came ashore in an amphibious assault, while US Marines and Japan Self-Defense Forces concurrently stormed King’s Beach at Bowen, securing the site against a fictitious enemy. 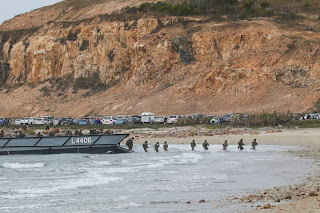 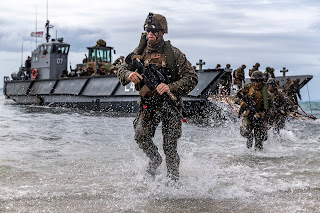 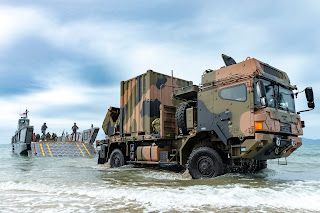 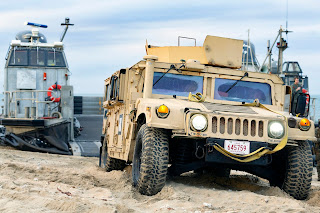 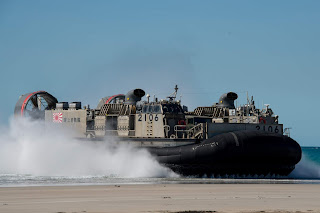 Soldiers from all nations then moved throughout the town on foot and by vehicle to secure other objectives such as the Airport, as well as the community of Bowen itself.

During the beach assault, air support was provided by US Marines Bell UH-1Y Venom (Super Huey) and Bell AH-1 Cobra attack helicopters, which circled over the town. 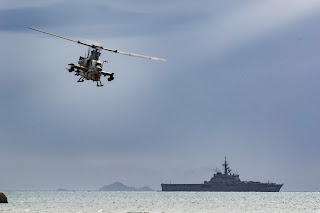 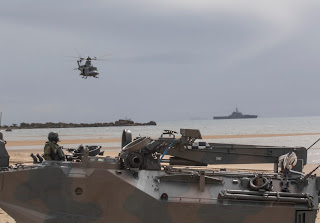 Exercise Talisman Sabre 2019 (TS19) is a bilateral combined Australian and US training activity. TS19 is designed to practice respective military services and associated agencies in planning and conducting Combined and Joint Task Force operations, and improve the combat readiness and interoperability between Australian and US forces.