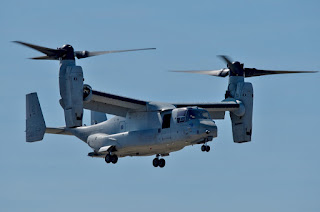 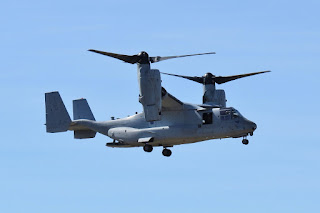 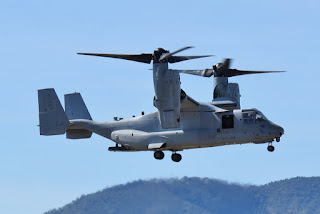 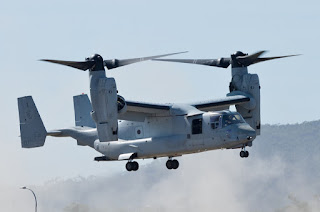 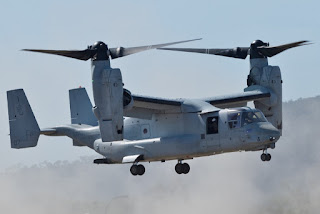 The Osprey was identified as 168659 / EP-07 of the Marine Medium Tiltrotor Squadron 265 (VMM-265) "Dragons", which is part of the 1st Marine Aircraft Wing.  It is one of many that are deployed on board the United States Navy ship USS Wasp (LHD-1) which is believed to be currently sailing near the Shoalwater Bay Training Area (SWBTA) where it is participating in joint Military Exercise Talisman Sabre 2019 (TS19).

After a short time on the ground, the Osprey was believed to have departed back to the Ship. 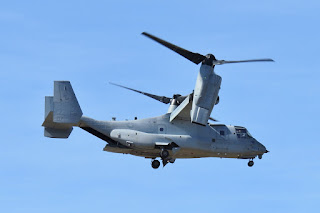 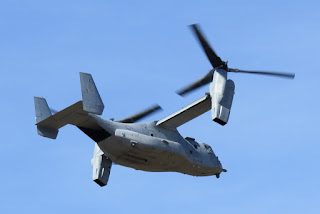 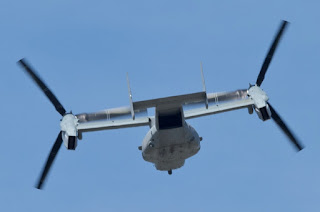 Sincere thanks to local plane spotters Scott H and 'IAD' for taking the time to capture and send through these great photos!