Also arriving into Rockhampton Airport, also on Saturday 20 July, was Royal New Zealand Air Force (RNZAF) Lockheed C-130H Hercules NZ7003.  It touched down direct from New Zealand and was heard to be flying as "Kiwi 658". 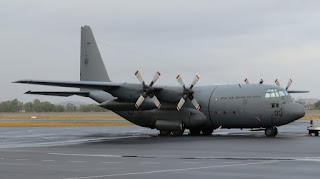 It too spent the night parked on the Rockhampton Airport parking apron and was photographed early on Sunday 21 July. 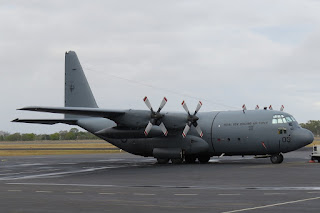 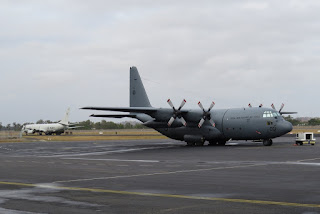 At the time of writing, it appears that NZ7003 is spending at least another night parked, although engineers have been looking over the Herc so a nighttime departure could be possible. 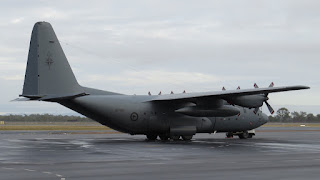 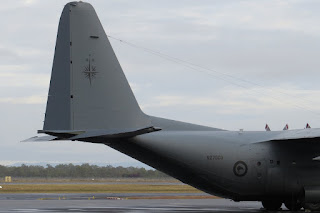 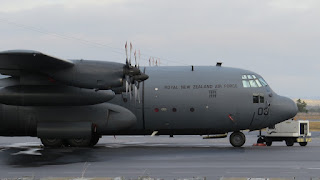 Of interest, the RNZAF No.40 Squadron currently operates five Lockheed C-130H Hercules transport aircraft, taking delivery of the first three (NZ7001, NZ7002 & NZ7003) in 1965, followed by a further two (NZ7004 & NZ7005) in 1969.  The aircraft have undergone a modernisation and structural improvement programme to ensure that they last until 2025, where, it was recently announced that they would be replaced by Lockheed Martin C-130J-30 Super Hercules aircraft.