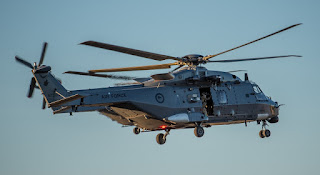 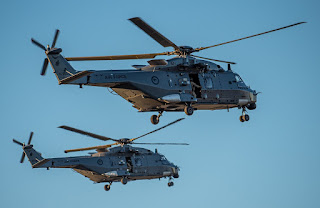 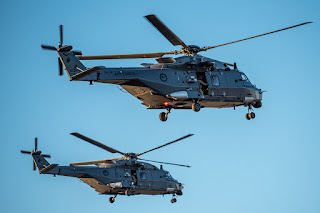 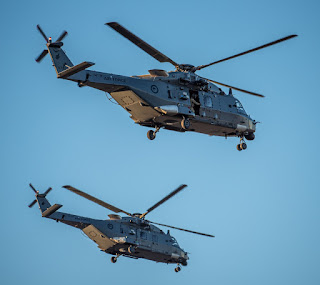 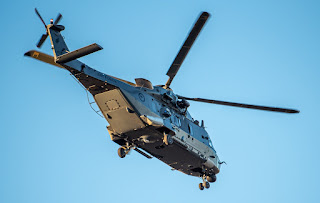 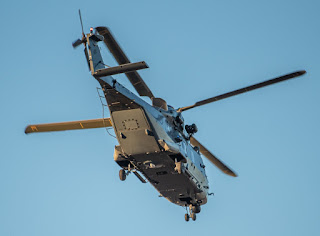 Local plane spotter Daniel B captured some great photos as (what looks to be) NZ3306 and NZ3308 landed at Camp Rocky after flying in from the Shoalwater Bay Training Area (SWBTA).  The two NH-90s were heard to be using the one radio callsign of "Warrior".

All three NH90s are flown by the RNZAF's Number 3 Squadron based at RNZAF Base Ohakea near Palmerston North in New Zealand.  As posted below, they all arrived on board the Royal New Zealand Navy (RNZN) multi-role vessel HMNZS Canterbury at the Gladstone Port recently. 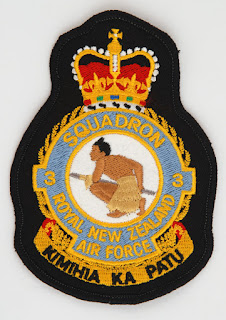 Meanwhile, also on Tuesday 16 July, the visiting RNZAF Boeing B757-2K2 NZ7572 "Kiwi 009" finally departed Rockhampton Airport following a maintenance issue.  Local media reported a hydraulic failure and possible leak.  It looked to depart to RNZAF Base Auckland-Whenuapai having had arrived into Rockhampton Airport back on Monday 8 July from RNZAF Base Ohakea.


Sincere thanks to local plane spotter Daniel B who was at the right place at the right time and for sharing these great photos!