After dark on Sunday 14 July, the recently delivered Royal Australian Air Force (RAAF) Dassault Falcon 7X bizjet A56-002 made the first ever visit by the new type into Rockhampton Airport.  It was noted arriving from Weipa in Far North Queensland and was heard to be using the radio callsign of "Wisdom 03". 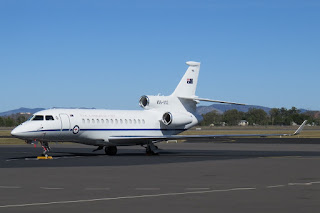 Local plane spotters 'IAD' and Trevor H  popped out to Rockhampton Airport early on Monday 15 July and captured some great photos as the Falcon 7X remained parked on the apron - where it remained for most of the day. 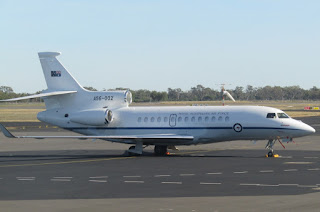 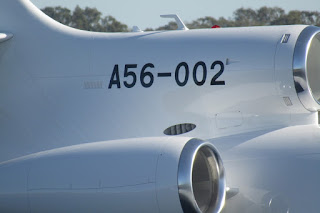 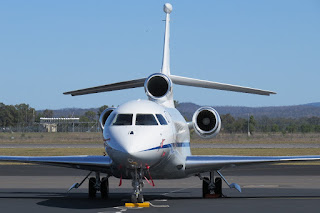 Then, in the early evening on Monday 15 July, A56-002 departed Rockhampton Airport for Canberra again as "Wisdom 03".

Photos taken by 'IAD' and Trevor Hardsman  ©
Posted by Damian F at 6:03 PM