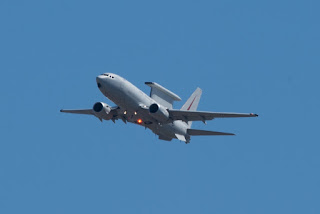 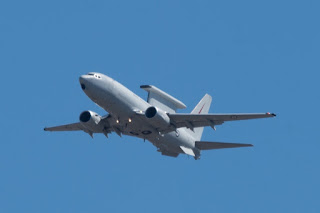 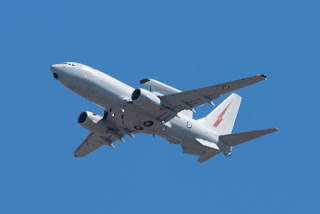 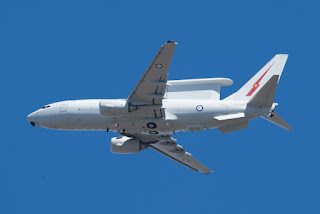 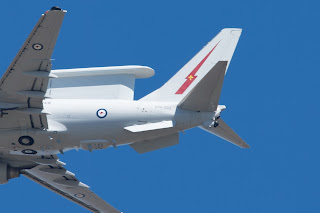 It appears that the Wedgetail flew up from RAAF Base Williamtown at Newcastle via a missed approach also at the Sunshine Coast.

A30-003 then returned to Williamtown from Rocky via a missed approach at Coffs Harbour.

Sincere thanks to local plane spotter Scott H for taking the time to capture and send through these great photos of the Wedgetail at Rockhampton Airport!

All photos taken by Scott Harris  ©
Posted by Damian F at 8:48 PM