With the joint Military Exercise Talisman Sabre 2019 (TS19) over, the pack up of personnel and aircraft has commenced with some of the 13 visiting United States Army (US Army) helicopters spotted heading back to the Gladstone Port in preparation for shipping back to the United States of America.

On Wednesday 24 July, it is believed that five US Army Boeing AH-64E Apache helicopters flew from the Shoalwater Bay Training Area (SWBTA) direct to the Gladstone Port. 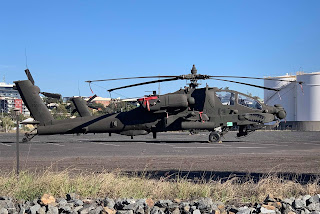 The AH-64E Apaches are of the 1st Battalion 229th Aviation Regiment.

UPDATE!  The US Army AH-64E Apache helicopters were spotted being loaded on board the ship in preparation for transport back the USA on Sunday 28 July. 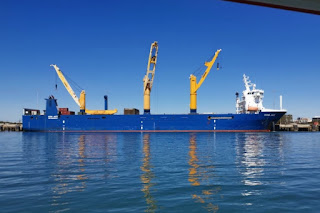 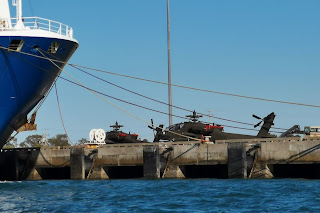 It is believed that (13-)20577 as "Bigfoot 77" flew to Gladstone and back from the Shoalwater Bay Training Area (SWBTA). 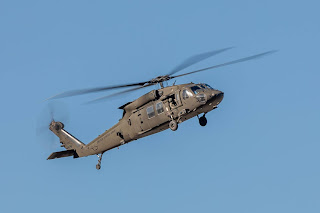 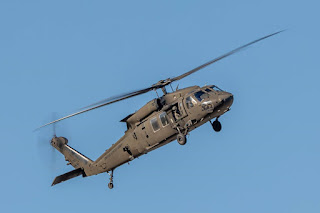 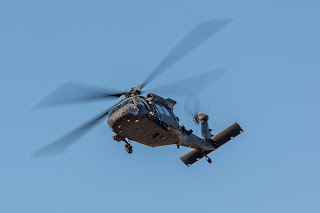 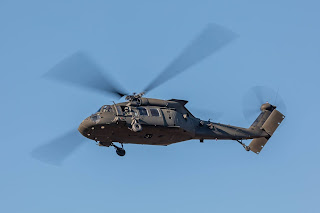 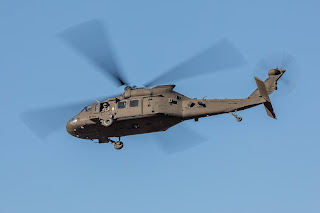 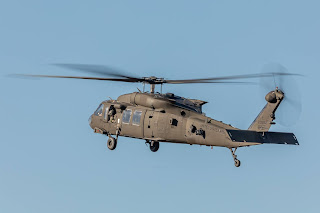 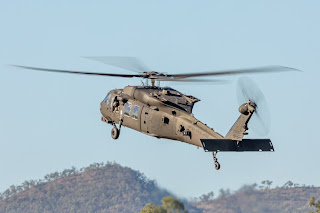 The UH-60M Blackhawks are of the 2nd Battalion 158th Aviation Regiment 'Warhawks'.

Altogether with several UH-60L Blackhawks of the 1st Battalion 52nd Aviation Regiment and the AH-64E Apaches, they all formed Task Force 'Tigershark' during the Exercise. 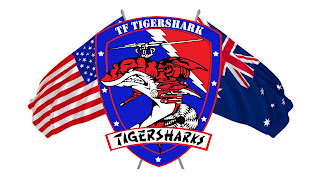