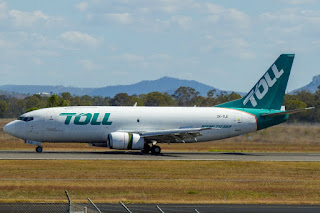 It was photographed arriving direct from Darwin as TFR91 / "Toll Freight 91". 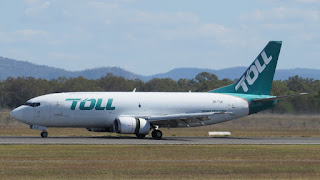 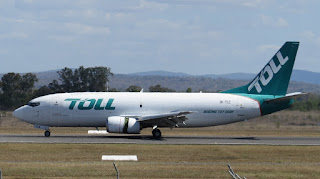 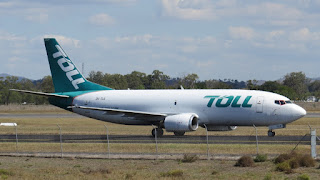 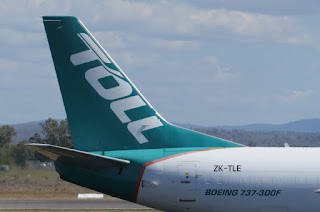 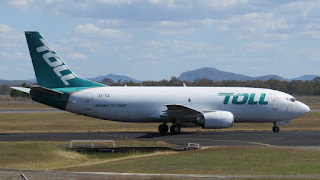 After collecting a load of cargo - presumably in support of the joint Military Exercise Talisman Sabre 2019 (TS19) which was completed during the week - ZK-TLE departed back to Darwin but as TFR92 / "Toll Freight 92".

Of interest, ZK-TLE is one of nine Boeing B737-300/400 Freighter aircraft that Airwork (NZ) operates on lease to both Toll Freight Aviation in Australia and Parcelair in New Zealand.