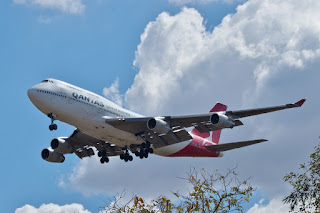 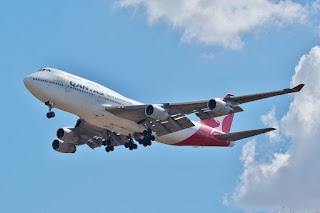 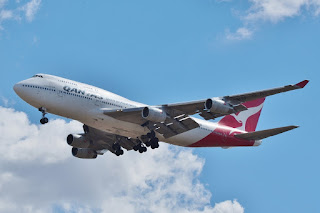 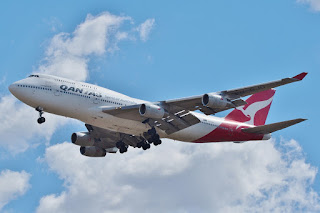 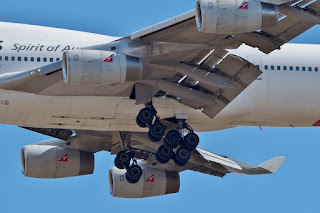 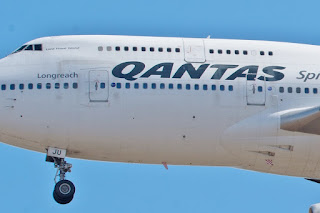 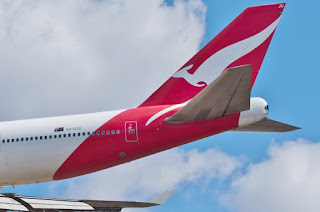 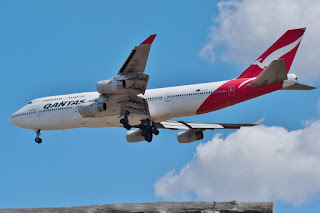 It positioned into Rocky empty, flying up direct from Sydney as QFA6162. 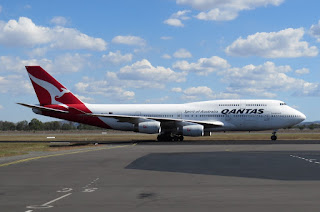 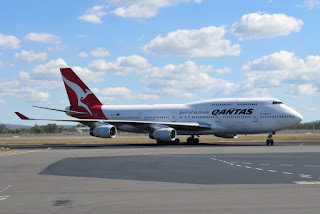 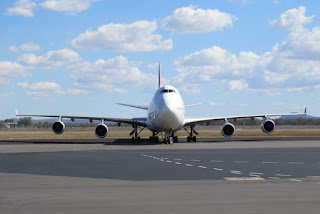 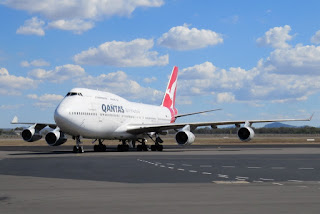 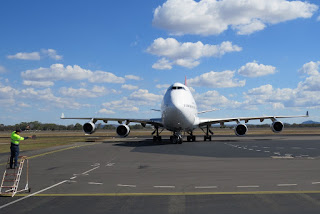 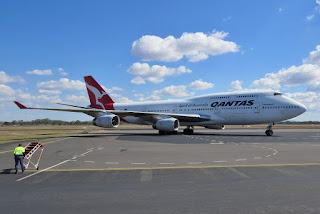 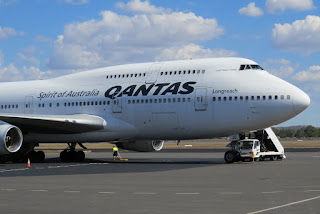 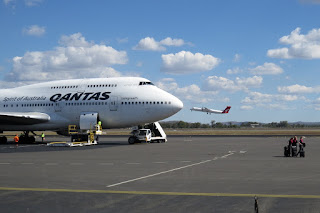 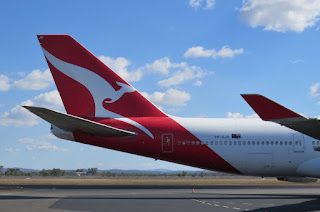 The jumbo jet taxied in and parked on Gate 6 on the Southern end of the Rockhampton Airport parking apron.  It was then loaded with what looked to be a full flight of passengers and their bags.  VH-OJU then departed Rockhampton Airport direct to Adelaide as QFA1364. 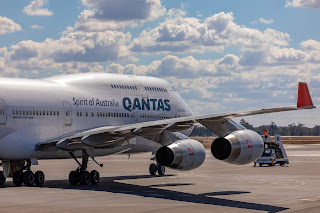 Of interest, VH-OJU then positioned back to Sydney from Adelaide but as QFA6164.

This could also be the final time we see a Qantas Boeing B747-400 at Rockhampton Airport given their ongoing and subsequent retirement from the Qantas fleet.

Sincere thanks to the local plane spotters Scott H, 'IAD' and Steve V for taking the time to capture and send through these great photos!