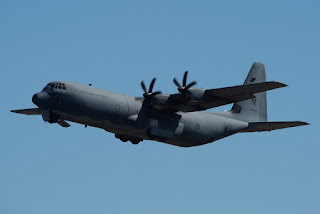 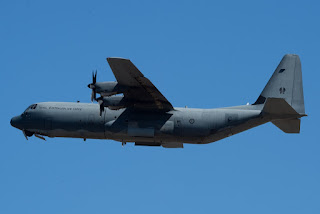 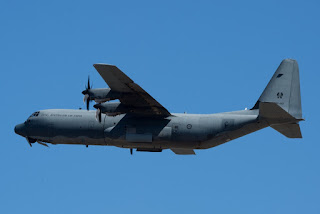 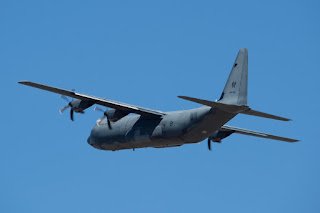 It looked to have earlier flown up from RAAF Base Amberley.

A97-467 departed Rockhampton Airport for the South and was later noted flying into Melbourne (Tullamarine) Airport.

Meanwhile, earlier this week on Tuesday 23 July, fellow RAAF C-130J-30 Hercules A97-449 was heard to be possibly flying within the Shoalwater Bay Training Area (SWBTA) as "Odyssey 02".

All photos taken by Scott Harris  ©
Posted by Damian F at 8:33 PM