During the recently completed joint Military Exercise Talisman Sabre 2019 (TS19), local media (not including us!) were invited to inspect operations at close quarters on board the United States Navy Nimitz-class nuclear-powered aircraft carrier USS Ronald Reagan (CVN-76).  However, we have been very fortunate to receive and be able to share some great photos and short video clips from on board last week. 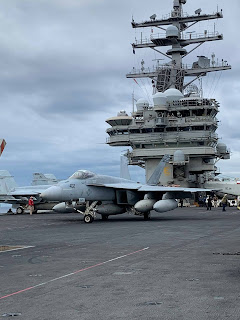 The ninth ship of its class, the USS Ronald Reagan is named in honour of former President Ronald Reagan, President of the United States from 1981 to 1989. 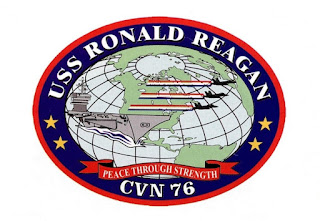 Upon its christening in 2001, it was the first ship to be named after a then-still-living former president. 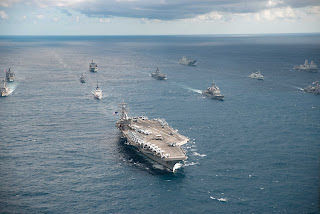 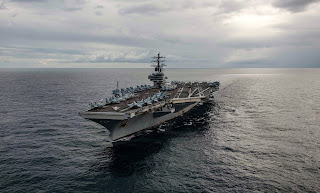 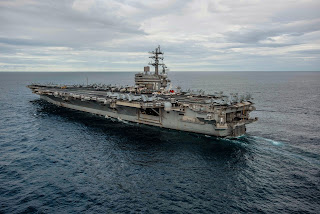 Ronald Reagan and the ten surface combatant ships operate out of Yokosuka, Japan, while CVW 5 operates out of Atsugi, Japan, when not embarked on Ronald Reagan. Together, these units form the U.S. Navy's only continuously forward deployed (and largest) carrier strike group. 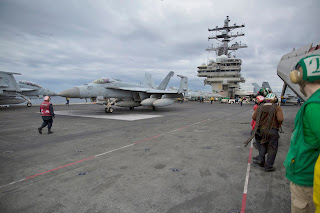 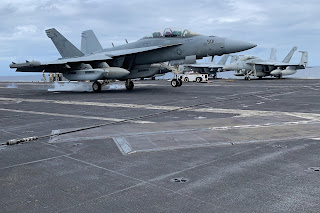 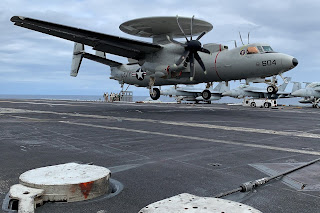 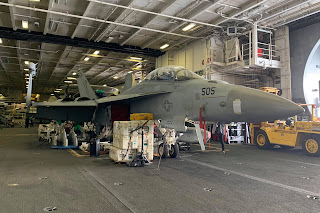 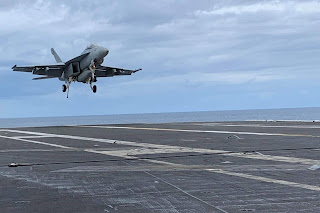 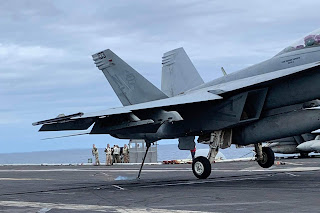 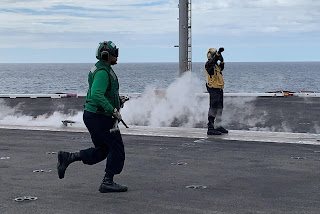 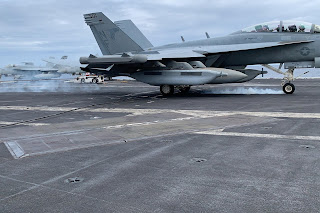 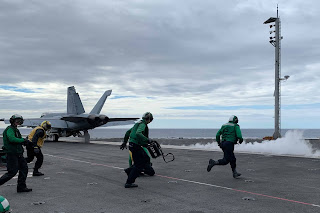 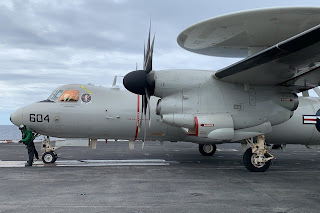 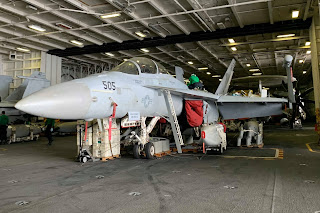 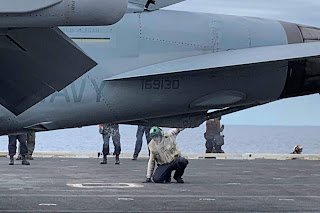 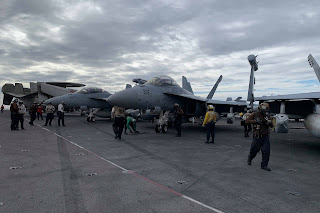 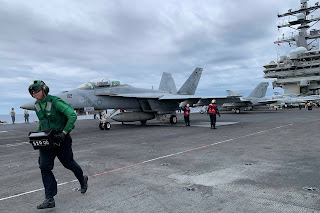 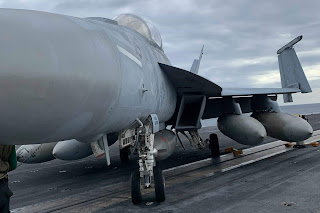 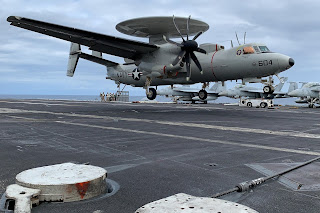 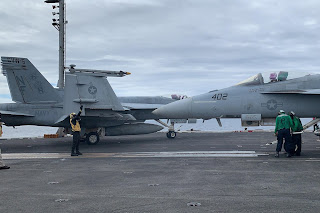 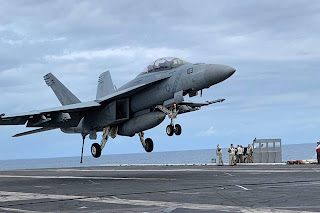 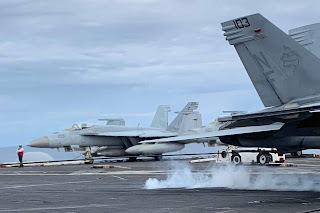 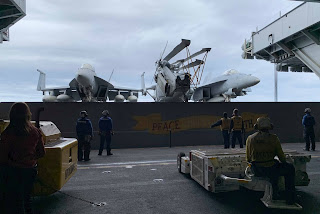 Sincere thanks to our contributor for allowing us to share their awesome photos and videos!

Additional images courtesy of Defence Media...
Posted by Damian F at 8:09 AM