A busy afternoon at Rockhampton Airport on Friday 26 July started with United States Marine Corps (USMC) Lockheed KC-130J Hercules 167926 (Tail Code QD-7926) calling in.  It looked to arrive from Townsville and RAAF Base Amberley and was heard to be using the radio callsign of "Sumo 97". 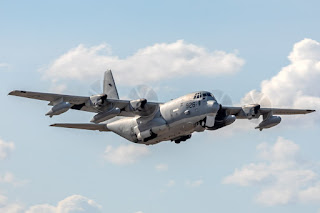 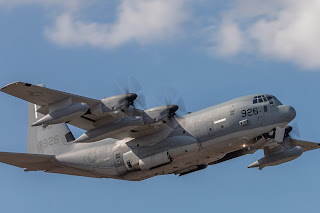 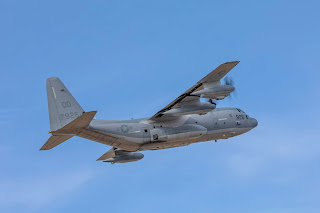 After a short time on the ground, the KC-130J was photographed departing Rockhampton Airport for Darwin.

Both Hercs deployed to Townsville during joint Military Exercise Talisman Sabre 2019 (TS19) and are flown by the Marine Aerial Refueller Transport Squadron 152 (VMGR-152) the "Sumos".