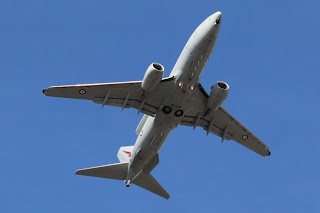 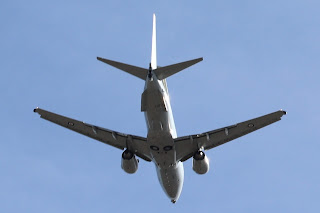 A30-006 was flying as "Wedgetail 14" and flew up to Gladstone from the RAAF Base Williamtown, via a missed approach at Coffs Harbour.  After completing the airwork, the Wedgetail departed back to the South.

Sincere thanks to local plane spotter John VDB who was at the right place at the right time and for sending us these great photos!