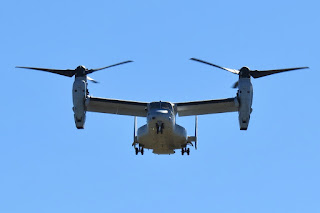 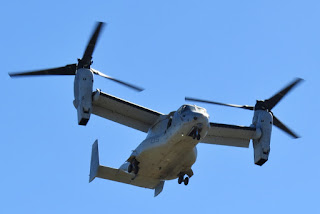 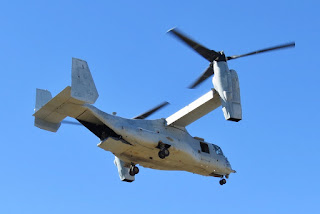 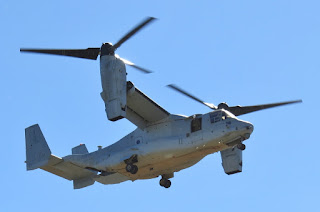 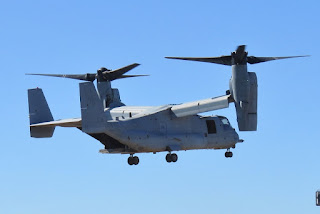 They are two of many Ospreys deployed on board the United States Navy ship USS Wasp (LHD-1) which is believed to be currently sailing near to the Shoalwater Bay Training Area (SWBTA) during its participation in Exercise Talisman Sabre.

The two Ospreys were heard to be flying together as "Hacksaw 11".

Sincere thanks to local plane spotter 'IAD' for being at the right place at the right time and capturing and sending through these great photos!