On Monday 15 July, LifeFlight (Aeromed) Bombardier Challenger 604 bizjet VH-URR "Ambulance 604" was spotted departing Rockhampton Airport.  It looked to arrive from and later depart back to Brisbane. 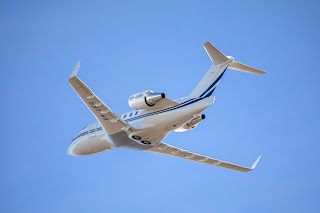 As mentioned below, VH-URR "Ambulance 604" also visited Mackay Airport on Sunday 14 July, arriving from Brisbane and later departing to Townsville and Cairns.

Also on Monday 15 July, LifeFlight (Aeromed) LearJet 45 bizjet VH-CXJ "Ambulance 452" was noted visiting Longreach Airport.  It arrived from Townsville and then departed to Albury in Southern New South Wales.  It then popped into Brisbane before it then returned to Townsville.

UPDATE!  VH-CXJ "Ambulance 452" popped into Mackay Airport in the wee small hours of Wednesday 17 July.  It arrived from Townsville and Mount Isa and later returned to Townsville. 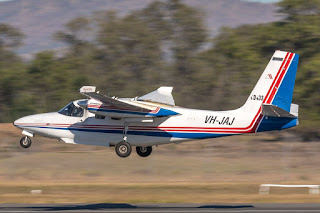 It looked to fly up from Bundy to Rocky and then complete a four-and-a-half hour survey flight over the Rockhampton area.  VH-JAJ then returned to Bundaberg Airport.