Some of the busiest aircraft in the skies during joint Military Exercise Talisman Sabre 2019 (TS19) are the three United States Army (US Army) (US Army Reserve Command) Beech C-12V Huron (Beech B200 King Air) aircraft.  And on Wednesday 17 July, all three were photographed at Rockhampton Airport after arriving from Townsville. 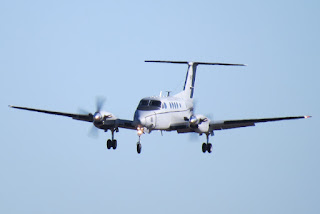 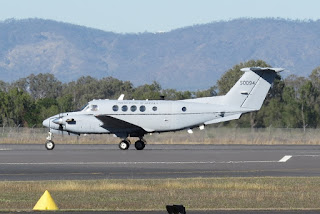 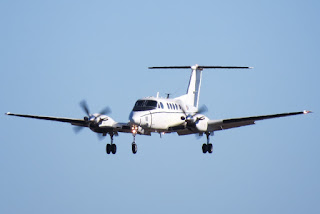 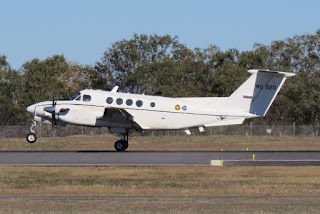 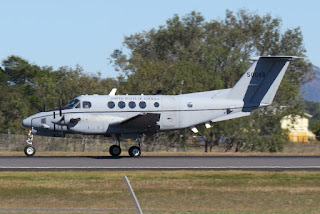 After a short time on the ground, all three aircraft returned to Townsville. 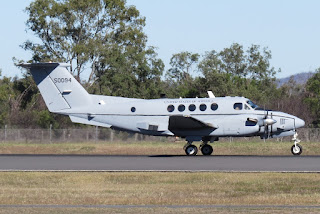 All three C-12V Huron aircraft are flown by the US Army's 2nd Battalion 228th Aviation Regiment 'Winged Warriors' out of Joint Base McGuire-Dix-Lakehurst, located in Burlington County, New Jersey, USA.  They have been making almost-daily visits into Rockhampton Airport, flying between Townsville and Brisbane, with the occasional trip down to RAAF Base Richmond in New South Wales. 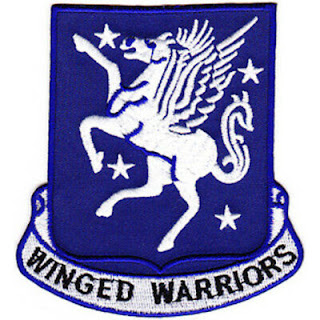 Meanwhile, also on Wednesday 17 July, as the three US Army King Airs were arriving into Rockhampton Airport, so did Royal Australian Air Force (RAAF) Beech B350 Super King Air A32-670.  It touched down from RAAF Base Amberley as "Beaufort 01". 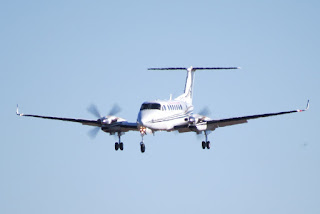 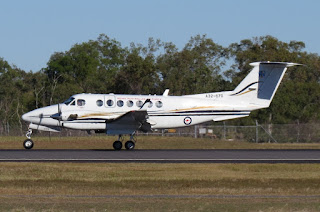 A32-670 later departed to Townsville.

UPDATE!  A32-670 "Beaufort 01" returned to Rockhampton Airport on Thursday 18 July, arriving from Shoalwater Bay and later departing to RAAF Base Amberley.

UPDATE!  A32-670 "Beaufort 01" made two more visits to Rockhampton Airport again on Friday 19 July.  It arrived from Townsville and departed to RAAF Base Amberley before returning to Rocky and then departing back to Townsville.

UPDATE!  As this post is being written, late on Wednesday 17 July, fellow RAAF Super King Air A32-675 also arrived into Rockhampton Airport direct from RAAF Base East Sale in Victoria.