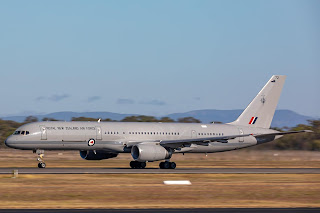 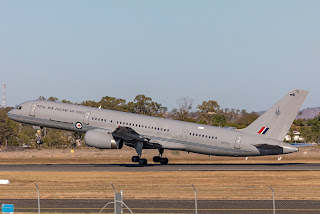 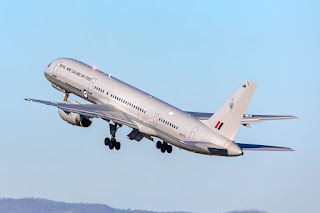 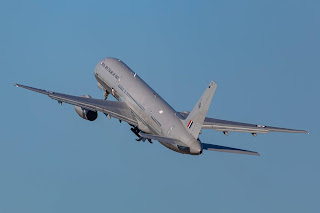 And the Boeing B757-200 has returned to Rockhampton Airport once again late on Sunday 28 July, arriving back from Christchurch, yet again as "Kiwi 645".  It appears to be staying for another night.

Of interest, NZ7572 is one of two B757-200 aircraft operated by No. 40 Squadron RNZAF from RNZAF Base Auckland at Whenuapai - alongside five Lockheed C-130H Hercules aircraft.  NZ7572 operates alongside NZ7571 and the B757-200s were acquired in 2003 from Transavia Airlines.  No. 40 Squadron operate these aircraft in transport, freight, cargo and troop movement roles. They can also be converted for medical use in emergencies.