After arriving into Rockhampton Airport at the start of the month, on Sunday 21 July, the two deployed United States Navy (USN) Sikorsky MH-60S Seahawk (Knighthawk) helicopters have departed Rockhampton Airport for good as the joint Military Exercise Talisman Sabre 2019 (TS19) nears its conclusion. 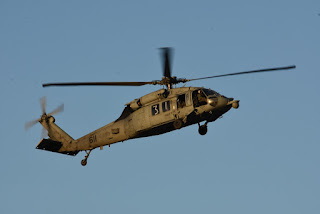 They were photographed arriving back into Rockhampton Airport late on Saturday 20 July after completing what turned out to be their final sortie to the Shoalwater Bay Training Area (SWBTA) and back. 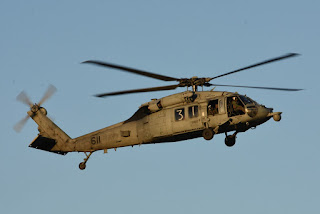 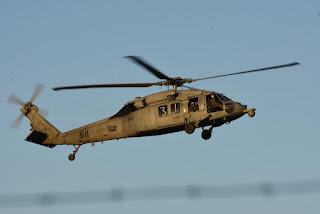 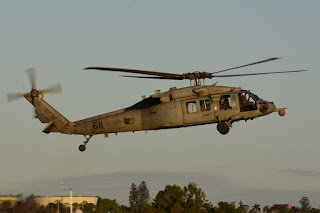 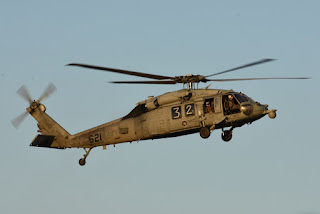 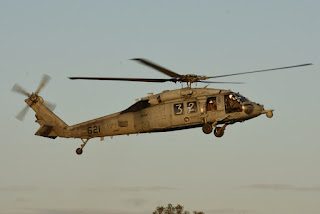 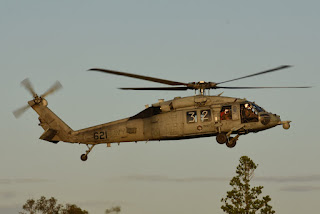 As posted previously, the two helicopters were identified as 167833 / NF-611 and 167871 / NF-621 and are flown by the Helicopter Sea Combat Squadron 12 (HSC-12) "Golden Falcons" which are presently deployed and assigned with CVW-5 on board USS Ronald Reagan (CVN 76) which is sailing off the East coast of Australia. 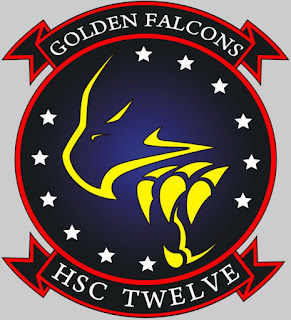 On Sunday, the two Knighthawks were noted departing Rockhampton Airport for RAAF Base Amberley before being heard flying East back to the Ship.  They had originally arrived into Rockhampton Airport (possibly) from the Ship in early July and were noted and photographed completing 2-3 daily sorties to the Shoalwater Bay Training Area (SWBTA) and back to Rocky.

For this flight to Amberley and each of their flights, the pair of Knighthawks were heard to use the radio callsign of "Hunter 71".
Posted by Damian F at 7:21 PM