We've been very fortunate to receive some great photos of a pair of Australian Army Boeing CH-47F ‘Foxtrot’ Chinook helicopters making what could be their first visit into Central Queensland this week. 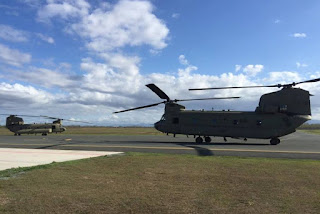 On Wednesday 4 November, the two Chinooks - believed to be A15-302 and A15-306 - were initially spotted visiting Proserpine (Whitsunday Coast) Airport and then flying North to Townsville overhead Bowen. 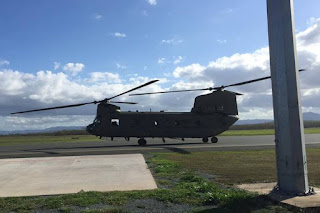 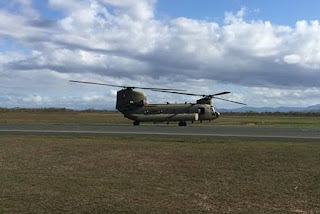 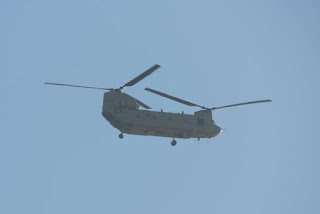 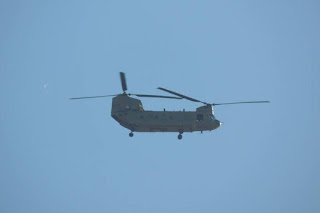 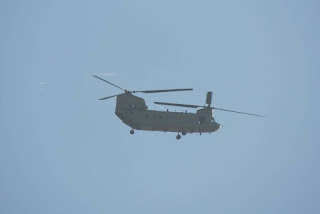 The 'Foxtrot' model Chinooks have recently been delivered to the Army's 5th Aviation Regiment in Townsville on board a series of flights operated by United States Air Force (USAF) Lockheed C-5B Galaxy aircraft.

Some great photos and thanks sincere thanks to 'AC' and James K for sending them through!